Sign Up
Log In
Purchase a Subscription
You are the owner of this article.
Edit Article Add New Article
You have permission to edit this article.
Edit
Home
Business
News
Sports
Features
Opinion
Obituaries
Local Events
Announcements
e-Edition
Classifieds
Share This
1 of 3 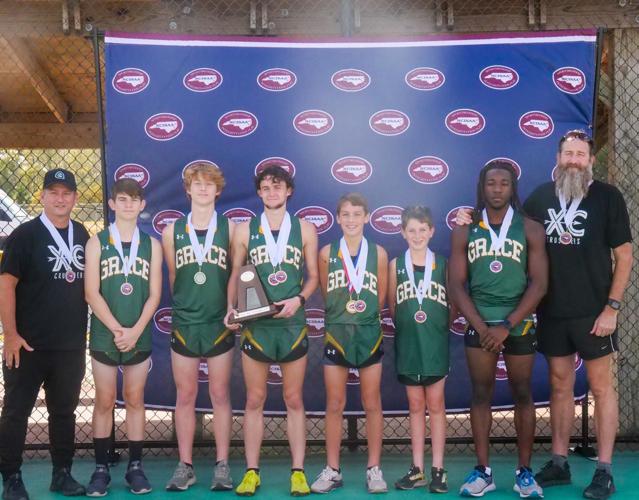 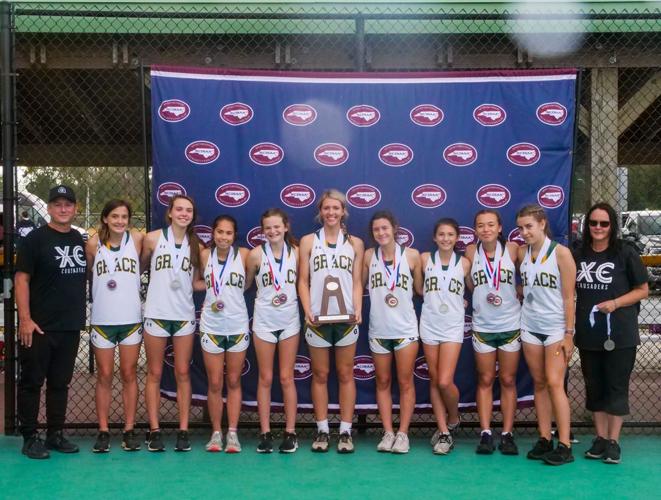 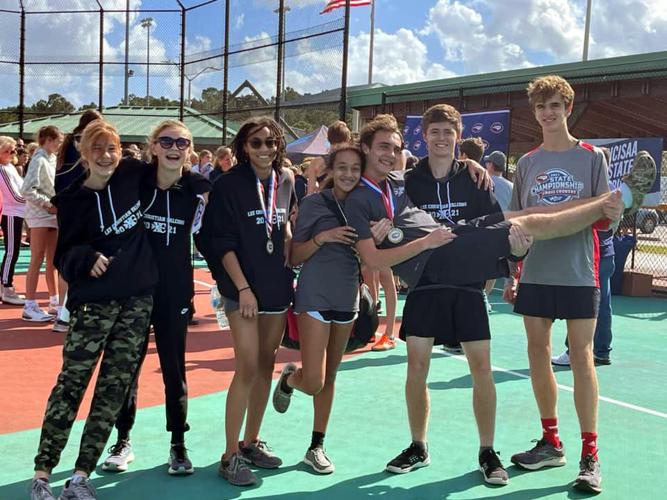 The Lee Christian Lady Falcons finished third in the state at the NCISAA 1A state meet and the men finished ninth.

The Lee Christian Lady Falcons finished third in the state at the NCISAA 1A state meet and the men finished ninth.

Last week’s NCISAA 1A state cross country championships saw Grace Christian flirt with the state championship on both the men’s and women’s side of the meet, and the Lee Christian women weren’t too far off, either.

Grace finished in second place in the team standings in both halves of the meet, which was held at Olsen Park in Wilmington last Friday. Lee’s women finished third overall, while the Falcon men placed ninth.

Because the NCISAA 1A teams are often smaller than those for larger schools, the 1A part of the meet is run to different rules than the other three classifications, and this worked against the Crusaders. While the top five runners count toward the championship in 2A, 3A and 4A, only the top three do so in 1A. In the men’s meet, Crossroads Christian finished first, third and fifth and won the title easily, but had the top five been used and all else remained the same, Grace would have been state champion by a few points.

Earning All-State honors for the men were Gavin Lenz (2nd) and Grant Jacques (8th). The difference between Grace and Crossroads was that the Crusaders had the 17th and 19th place for their fourth and fifth runners, while Crossroads finished 16th and 32nd. However, at the 1A level, these results did not count.

Juli Buie of Lee Christian finished 9th in the women’s portion of the meet, while the men’s Gavin Jonas placed seventh. Both received All-State honors.

Lee’s third-place finish in the women’s half of the meet was accomplished by one eighth-grader and three freshmen. Madison Marshburn, Madison Roberts and Angelina Brenner rounded out the lineup.

On Oct. 18, Lee Christian had hosted the Mid-Carolina Conference championship meet, where Grace won all of the team championships.

The varsity women’s race was another Grace win. MCC Runner of the Year McNeill led the pack claiming the championship. Abby was followed by Schmitt (3rd), Walters (4th) and Peavley (5th). Coach Dawn Lenz was named MCC Coach of the Year.

In the nightcap of the conference finals, Lenz took the win and MCC Runner of the Year honors.