You are the owner of this article.
Edit Article Add New Article
You have permission to edit this article.
Edit
Home
Business
News
Sports
Features
Opinion
Obituaries
Local Events
Announcements
e-Edition
Classifieds
Share This
1 of 4 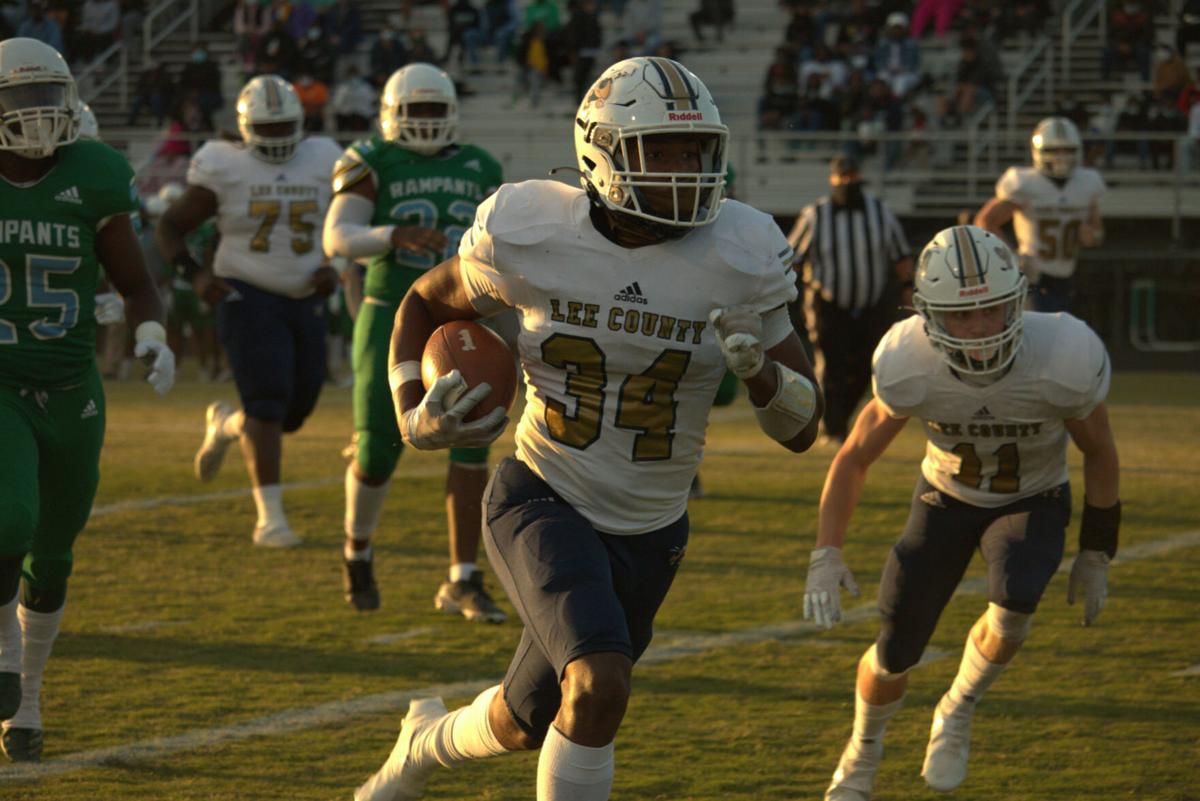 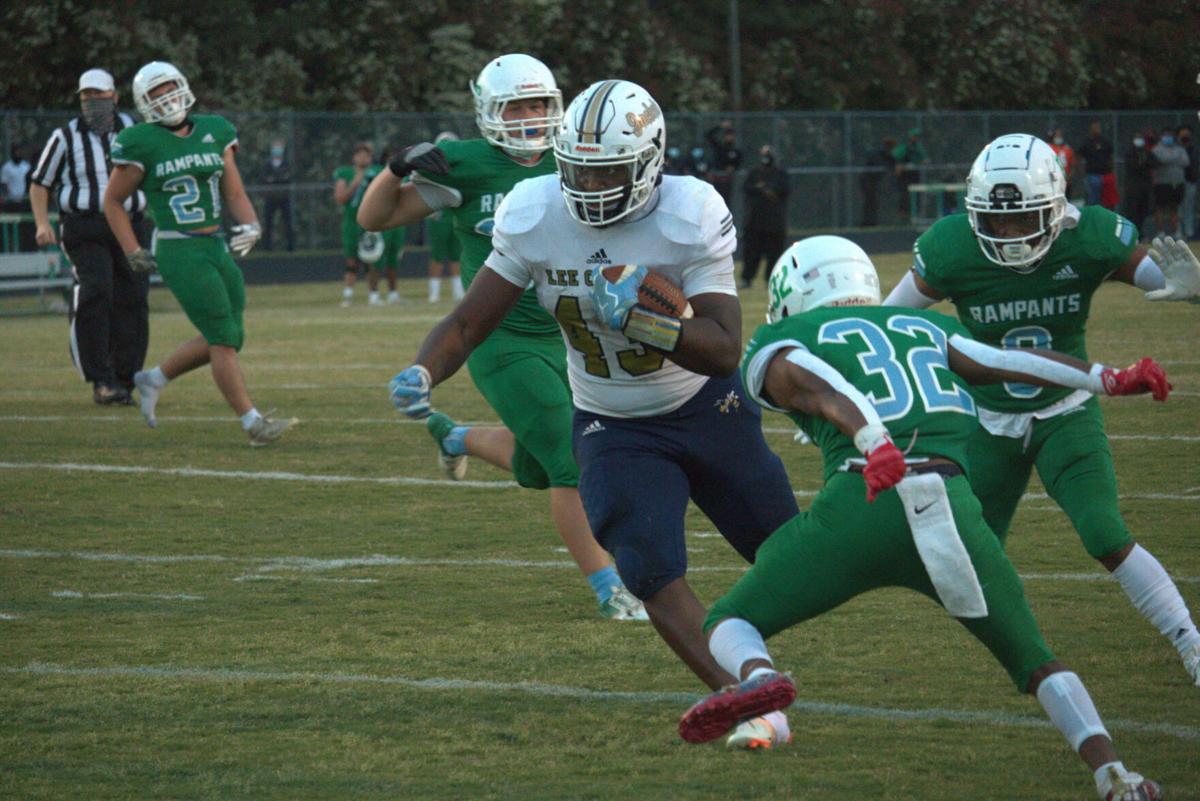 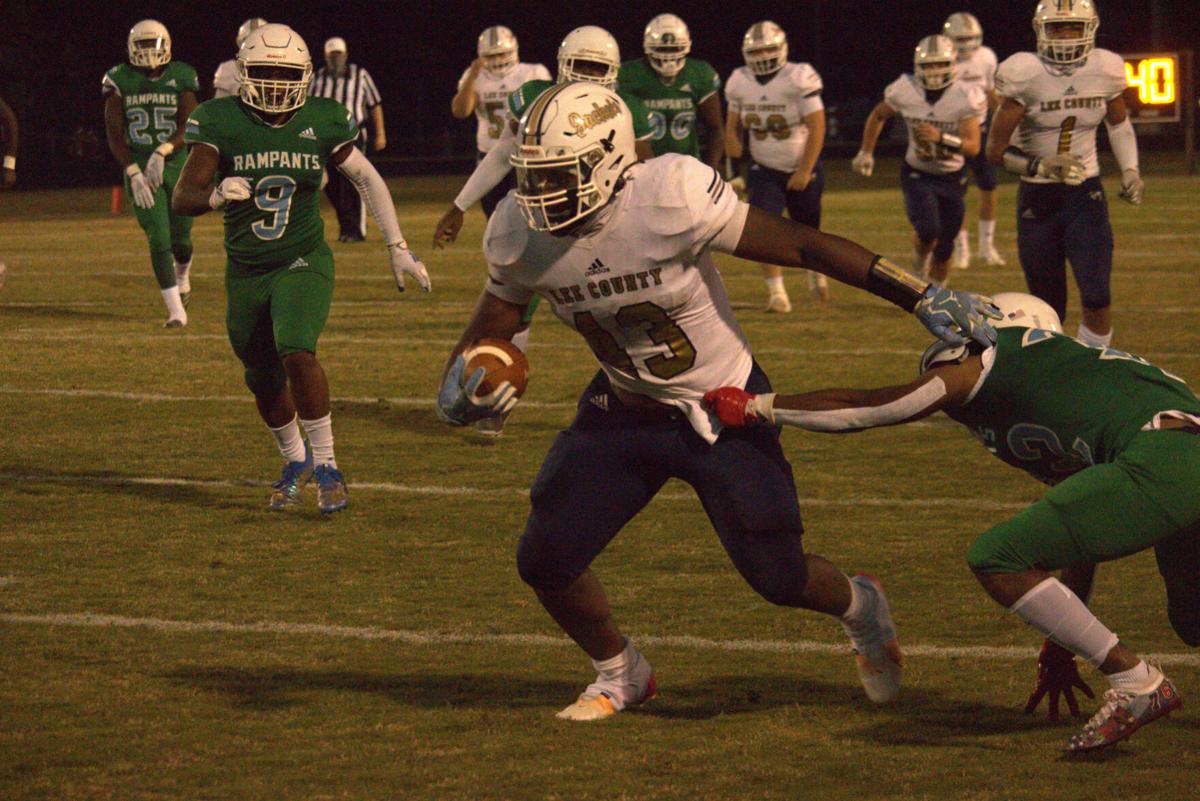 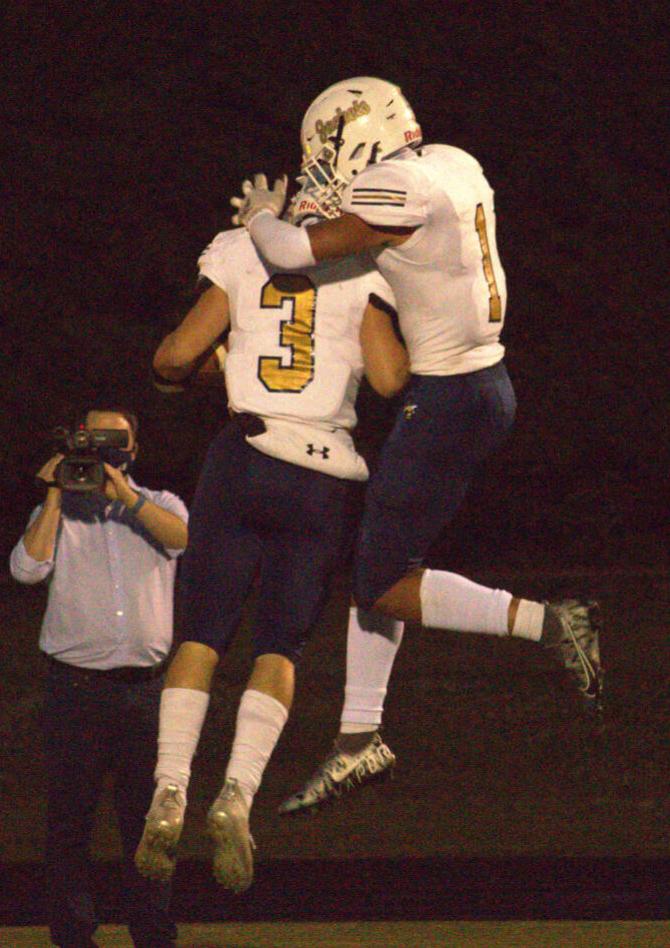 The Lee County Yellow Jackets traveled to Greenville Friday night and came away with a 34-26 win over J.H. Rose.

The win in the first round of the North Carolina High School Athletic Association’s 3AA playoffs means Lee County will play next week in the second round against No. 1 seed Cleveland.

The game was back-and-forth at Minges-Farley Stadium with the Rampants getting on the board first with 10:02 left in the first quarter on a 55-yard pass. Lee County blocked the kick and trailed 6-0.

Two series’later the Yellow Jackets began a drive at their own 43 and took advantage of a long completion from Will Patterson to Eli Garrison that went down to the Rose 24.

Running back T.J. Johnson broke loose for a 24-yard touchdown with 6:40 left in the first quarter.

Ignacio Hernandez added the PAT to give Lee County a 7-6 lead, which they held until the end of the first quarter.

The second quarter opened with the Yellow Jackets on the move and with 8:48 left, Dayreon Jennings ran in from 14 yards out.

Hernandez added the point after to make it 14-6.

J.H. Rose roared right back and drove downfield scoring on a 1-yard run with 4:26 left in the second quarter, but the two-point conversion was no good and the Yellow Jackets led 14-12.

An interception gave Lee County hope of scoring one more time in the first half with 1:34 left.

With 23 seconds left in the half, Patterson hit Garrison for a 32-yard touchdown strike.

Lee County’s Jackson Lamb closed the first half with an interception and the Yellow Jackets led 20-12.

The Rampants opened the third quarter by driving down the field and scoring on a pass play to close the gap to 20-18.

Lee County came right back with Patterson scoring with 6:19 left in the third on a 1-yard quarterback keeper.

Hernandez made the kick and Lee County was up 27-18.

The Yellow Jackets then took advantage of an interception by Carlos Hancock and drove deep into J.H. Rose territory.

Patterson then scored on a 6-yard run and Hernandez added the kick to make it 34-18.

Early in the fourth quarter, the Rampants scored to make it 34-26, but the Lee County defense held for the rest of the game and the Yellow Jackets headed back to Sanford with a win.