You are the owner of this article.
Edit Article Add New Article
You have permission to edit this article.
Edit
Home
Business
News
Sports
Features
Opinion
Obituaries
Local Events
Announcements
e-Edition
Classifieds
Share This
1 of 7 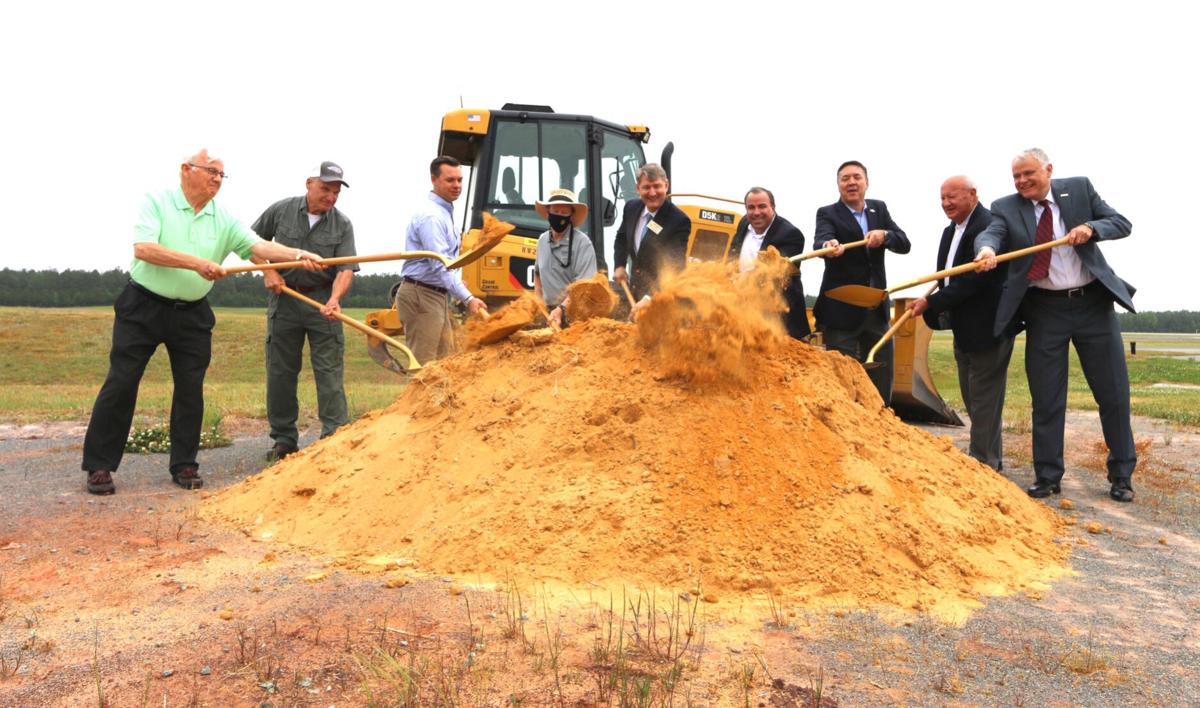 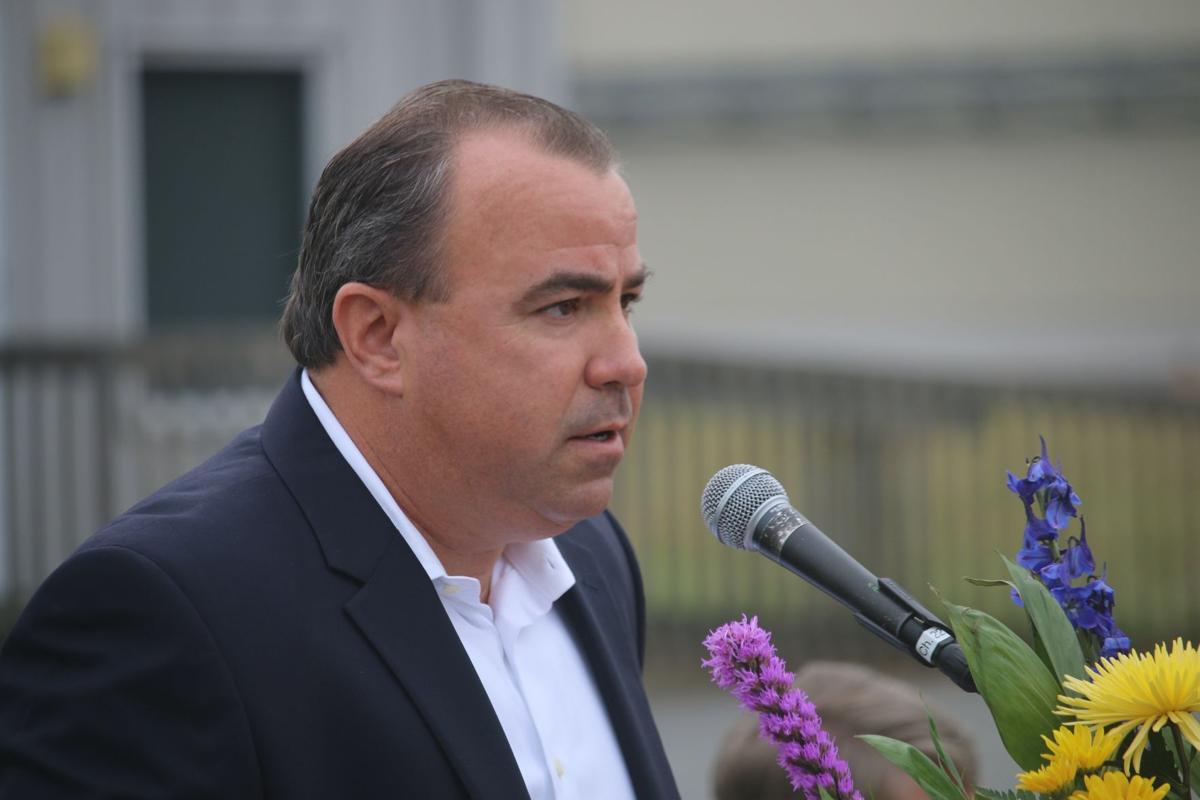 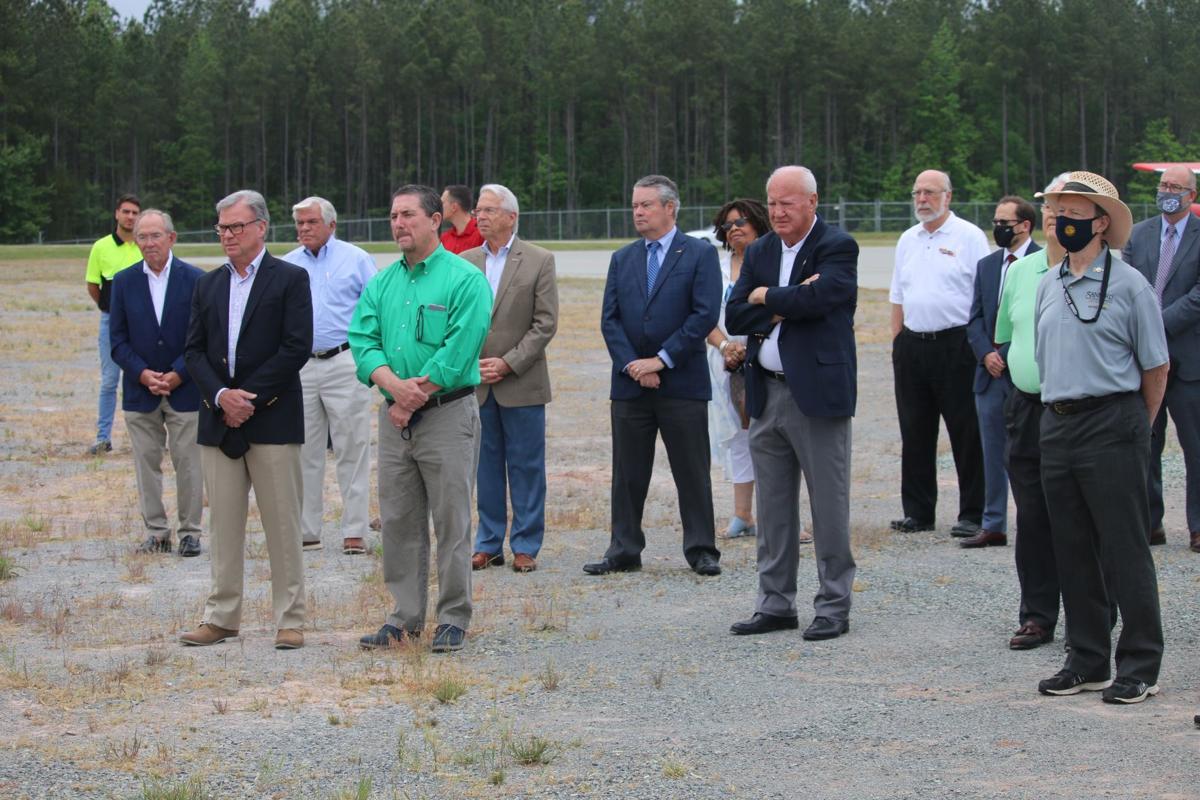 A large crowd of city, county and state officials were on hand to hear the announcement of two major projects at the Raleigh Exec Jetport in Sanford. 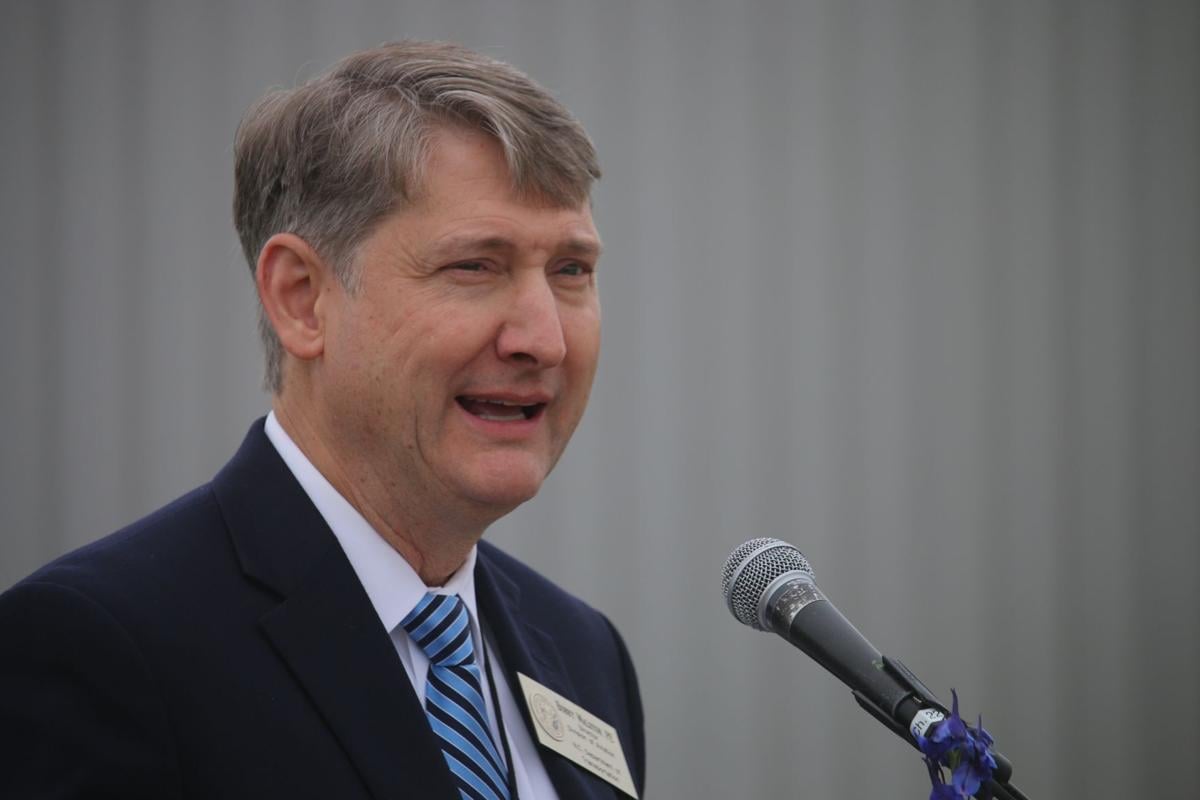 Bobby Walston, director of the Division of Aviation for the North Carolina Department of Transportation, addresses the crowd. 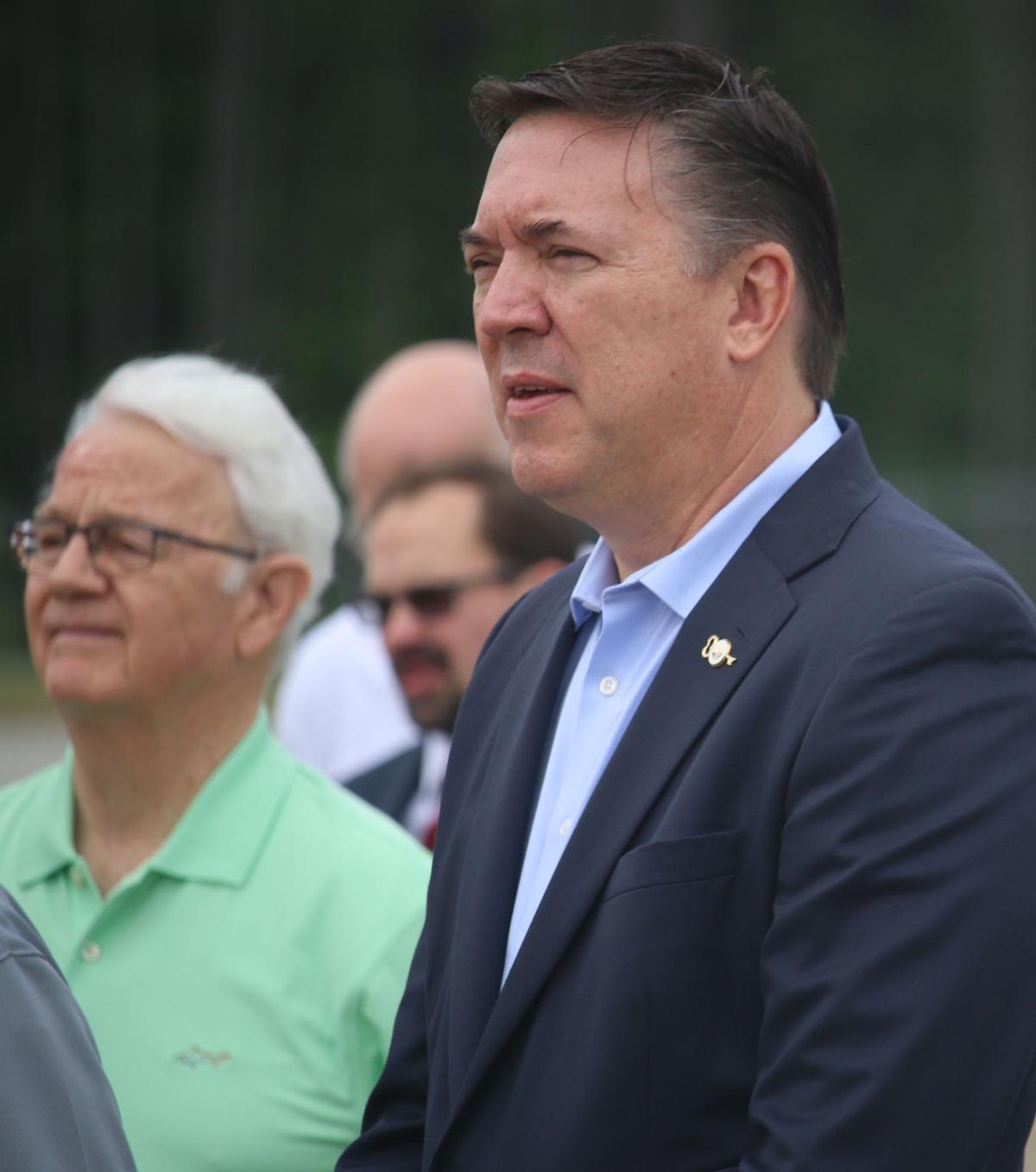 Sanford Mayor Chet Mann listens as the projects are introduced. 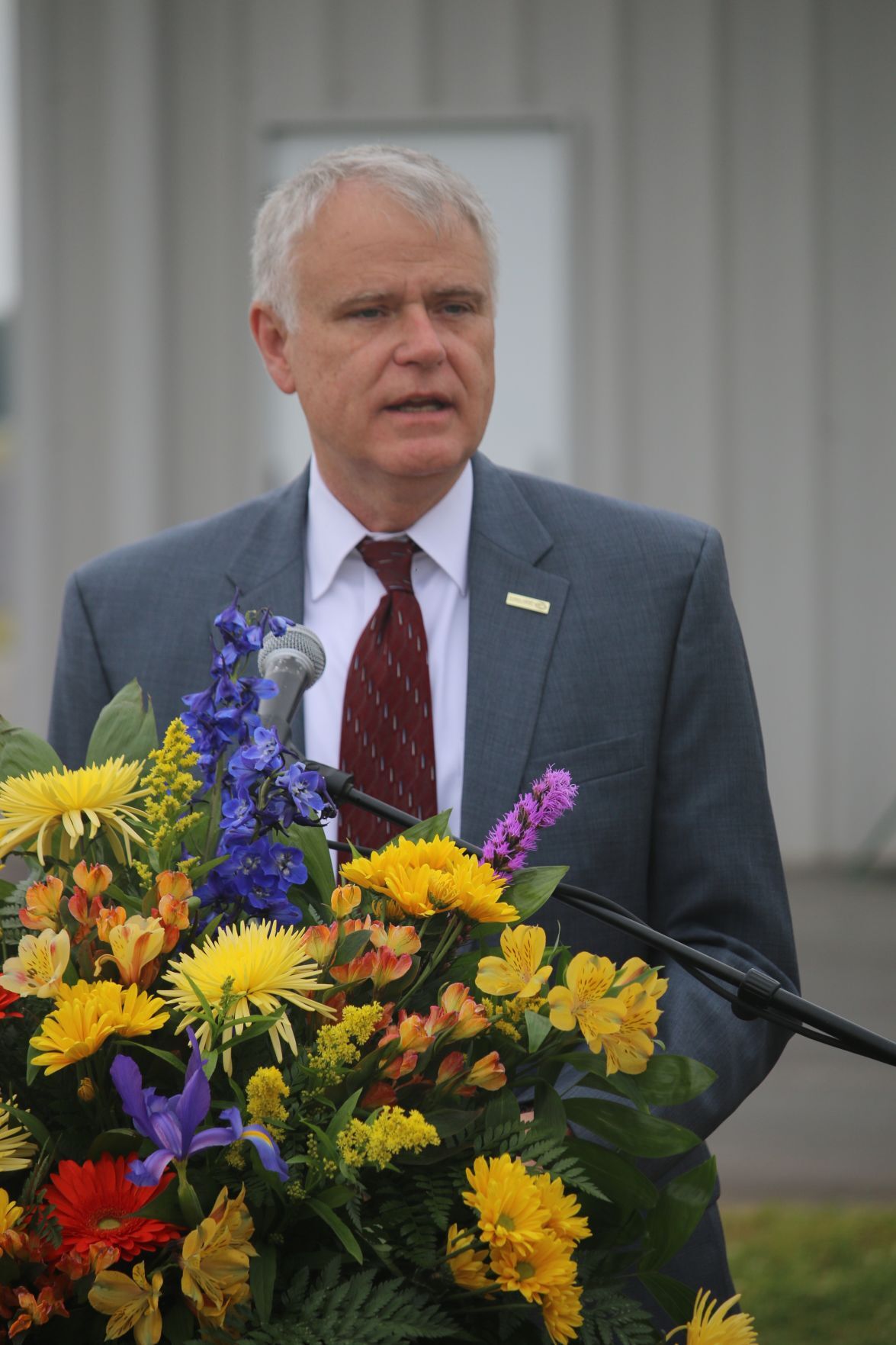 Scott Hamilton, president and CEO of the Golden LEAF Foundation, speaks about the grant process for the expansion. 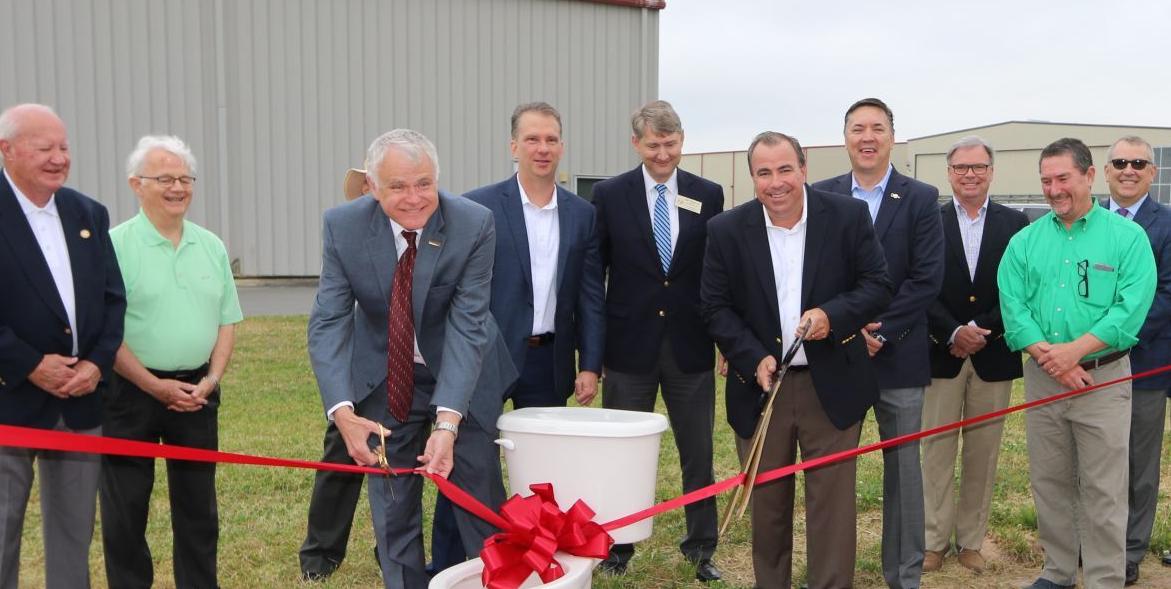 A large crowd of city, county and state officials were on hand to hear the announcement of two major projects at the Raleigh Exec Jetport in Sanford.

Bobby Walston, director of the Division of Aviation for the North Carolina Department of Transportation, addresses the crowd.

Sanford Mayor Chet Mann listens as the projects are introduced.

Scott Hamilton, president and CEO of the Golden LEAF Foundation, speaks about the grant process for the expansion.

Monday was a big day for aviation in Lee County.

Two major expansion projects were announced at the Raleigh Exec Jetport — the groundbreaking for a the North Terminal Hangar and a ribbon cutting for the opening of sewer service.

Several dozen city, county and state officials attended the announcement, which took place at the facility which was opened more than two decades ago. Officials said both projects would help with the growth of aviation in Lee County and with business expansion as more large companies locate in the region.

“What a great day this is in aviation at the Raleigh Executive Airport,” Carter Keller, Airport Authority chairman said. “We couldn’t have done this without a great partnership, without our partners, the Sanford mayor (Chet Mann), the Sanford City Council, the Lee County Commissioners, Chairman Kirk Smith, Rep. John Sauls, Sen. (Jim) Burgin, Scott Hamilton, Bobby Walston, the Sanford-Lee County Regional Airport Authority — both past and present members — a great construction team, Sanford Contractors, who are doing the design and build, and our Airport Manager Bob Heuts.”

Keller said the day marked a celebration for two unique features at the airport.

“One that opens the opportunity for long-term growth and the other that will allow the airport to be more of a full-service provider to the aviation public. For 20 years, the airport has struggled with a limiting septic system. Building hangars and other opportunities were always hampered by the lack of sewer capacity.”

The new sewer lines will be tied to the city’s sewer system, according to Keller.

“Three governments and the private sector, along with the Golden LEAF Foundation worked closely to make public sewer for the airport a reality,” he said. “This game-changing project is another example of how much can be accomplished when everyone works together.”

In addition to the sewer project, a groundbreaking was held for a new aircraft storage facility in the new corporate area. The new hangar — and future ones — should be able to house larger aircraft. Keller said larger aircraft should equate to larger investment in the region and more opportunities.

Bobby Walston, director of the Division of Aviation for the North Carolina Department of Transportation, also spoke about the additions to the airport.

“As I was reflecting on this airport and the change and the growth, I remembered the Sanford Airport down the road — it had a lot of challenges,” he said. “It was landlocked and it did not have many options for growth. This still feels like a new airport too, but it opened up here in 2000. It’s incredible the impact and activity out here. It’s really one of our premier airports in North Carolina. I know that if I was in business and day-to-day operating an airplane, I would look hard here, like many do. It’s well thought out, well constructed and well run.”

According to Walston, the RaleighExec Jetport has a significant impact on the region. The airport generates $63 million annually in output. It supports nearly 500 jobs providing nearly $20 million in personal income and contributes almost $2.5 million in state and local taxes each year.

“The airport connects this region, this county to the global market,” Walston continued. “Hangars in North Carolina are really important at the state’s 72 airports. We have about 3,000 airplanes based at these airports representing almost a billion dollars in assets alone.”

Scott Hamilton, president and CEO of the Golden LEAF Foundation, which helped provide grants for the projects, spoke about the importance of the projects. He noted that LEAF is an acronym for Long-term Economic Advancement Foundation.

“The airport is a key component of our economic development,” he said. “We’ve been very fortunate to put it on this side of the county. The preliminary plans for it happened many years before I got on the commission and put it in a very nice spot. Of course, it’s called the Raleigh Exec Jetport and for anyone searching for Raleigh, it comes up on a search. It’s very strategically placed. The airport is an incentive in and of itself for individuals looking to build here.”

“This infrastructure improvement will allow some serious growth out here,” he said. “In the past, we’ve had 80-500 employee opportunities that have had to pass because of lack of sewer. We’re going to see a big return on investment. This airport is going to continue to grow. We like to call it the front door of our community. We’re excited about it.”