Sign Up
Log In
Purchase a Subscription
You have permission to edit this article.
Edit
Home
Business
News
Sports
Features
Opinion
Obituaries
Local Events
Announcements
e-Edition
Classifieds
Share This
1 of 5 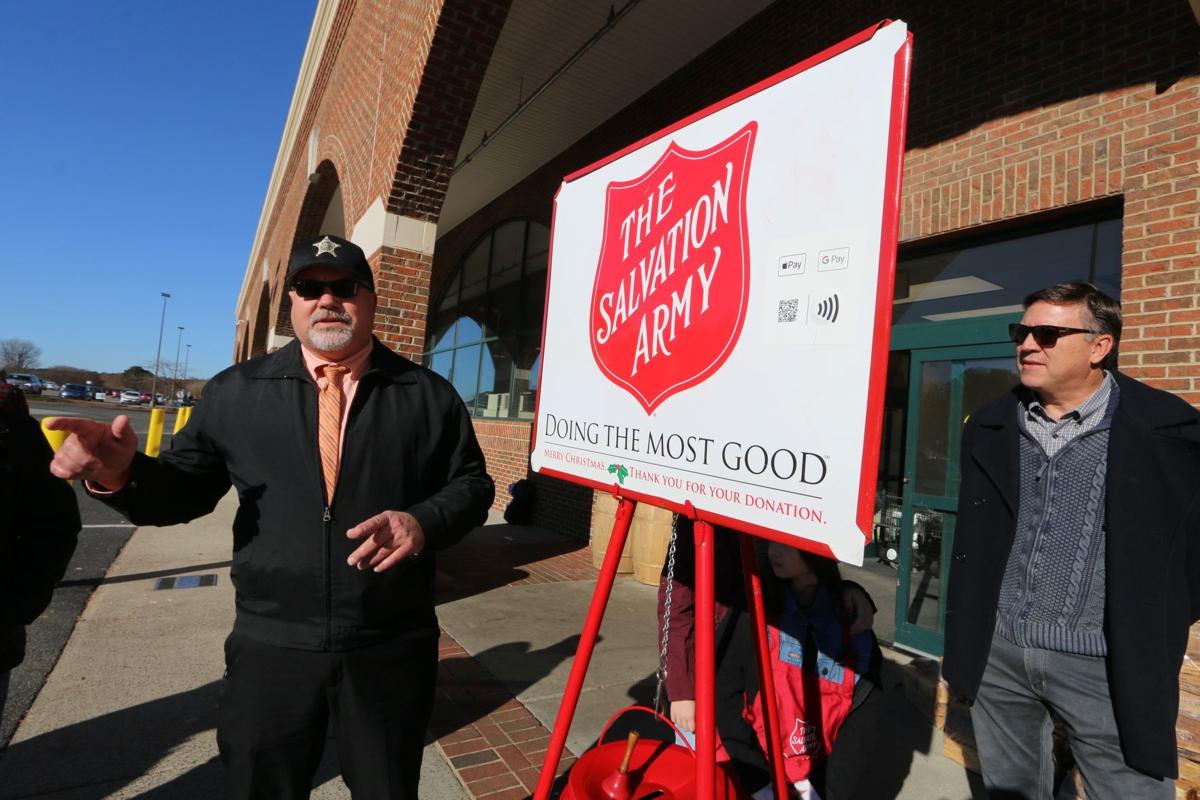 The Salvation Army kicked off its annual Red Kettle Kickoff Wednesday morning in Lee County with an event at Lowe’s Foods. 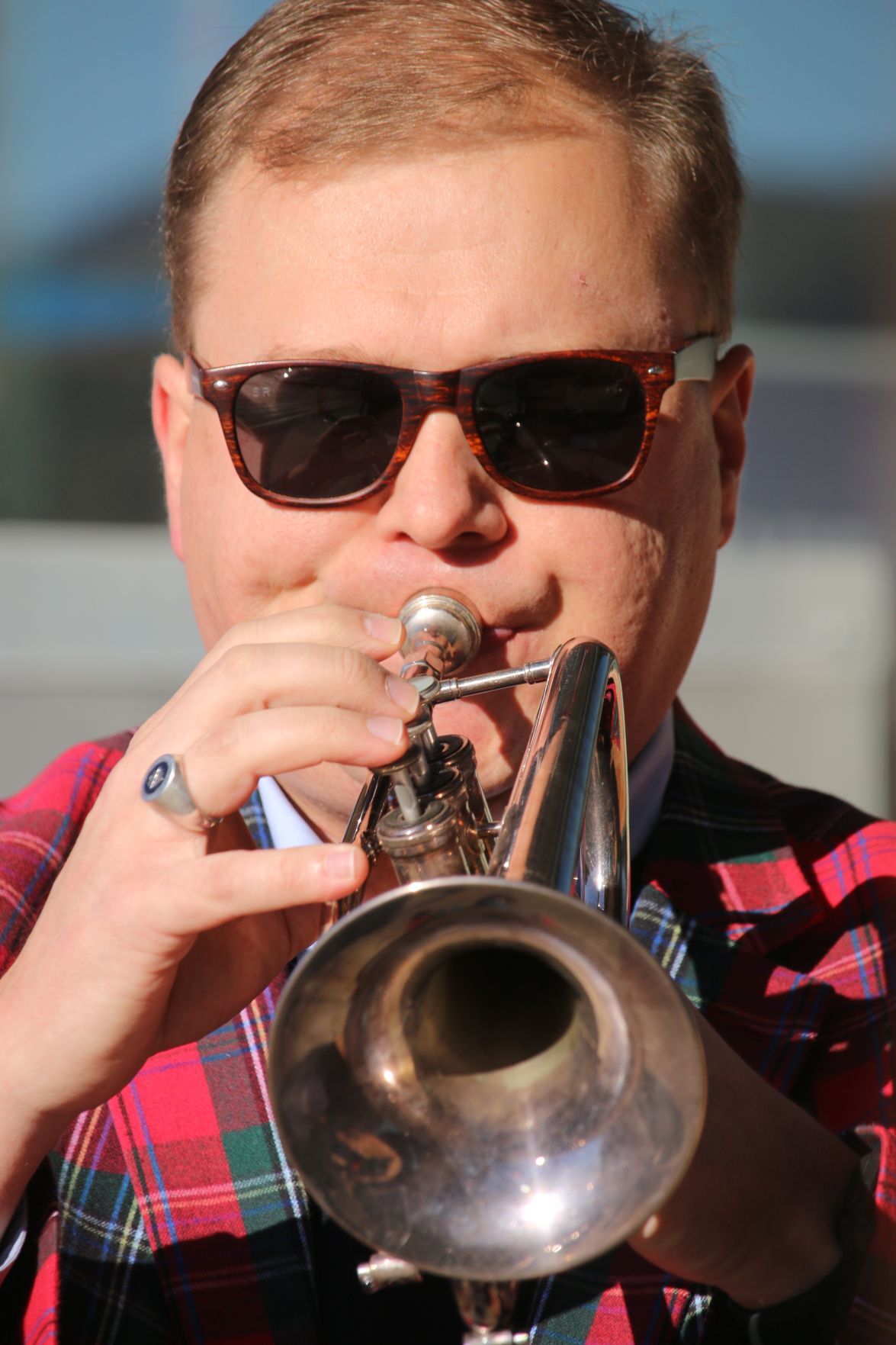 Daniel Simmons plays Christmas carols on his cornet outside Lowe’s Foods in Sanford as part of the Salvation Army’s Red Kettle Kickoff Wednesday. 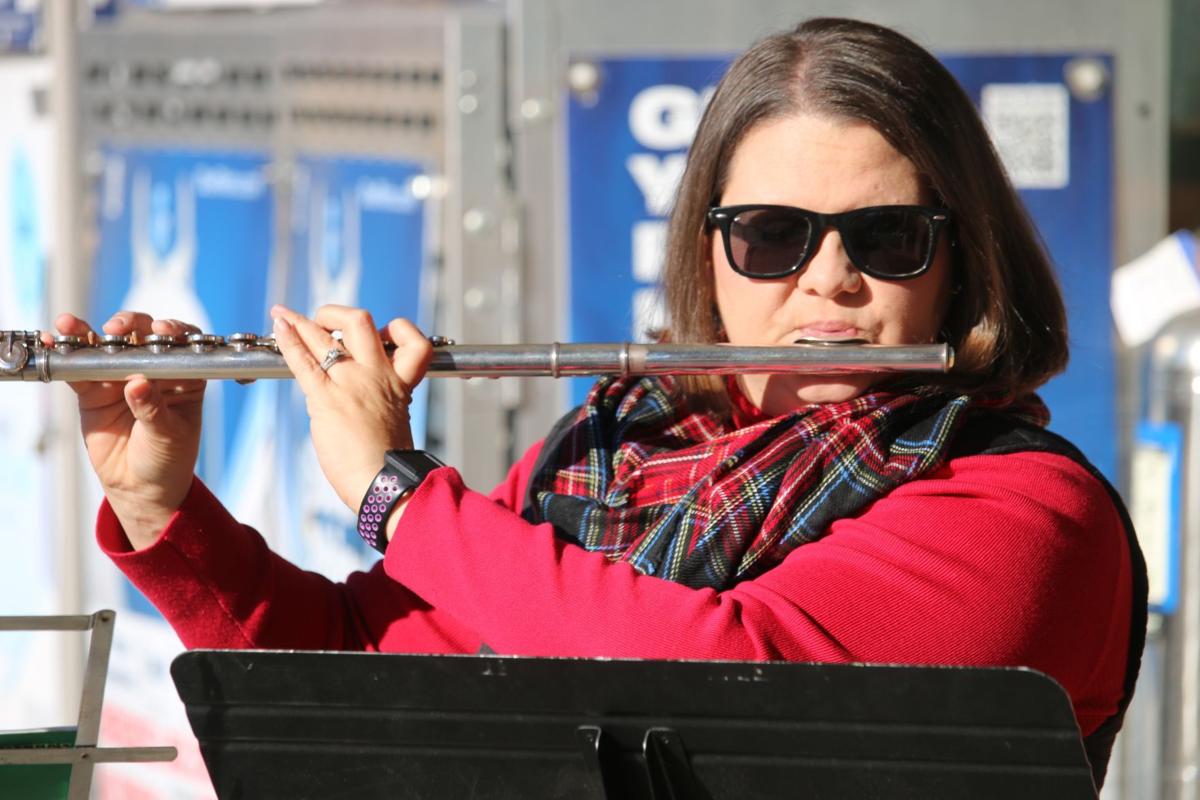 The Salvation Army kicked off its annual Red Kettle Kickoff Wednesday morning in Lee County with an event at Lowe’s Foods.

Daniel Simmons plays Christmas carols on his cornet outside Lowe’s Foods in Sanford as part of the Salvation Army’s Red Kettle Kickoff Wednesday.

The Salvation Army of Lee County rang in the season Wednesday with its annual Red Kettle Kickoff at Lowe’s Foods on Spring Lane in Sanford.

The kickoff included music, courtesy of Daniel Simmons on cornet and flugelhorn, and his wife, Jessica, on flute; bell ringing, information about the annual campaign, and of course, the ubiquitous red kettle.

Darla Shoults, Navigation Center program coordinator, spoke about being able to raise needed funds to begin the ceremony, which had more than a dozen people present.

“This is something we do every year, and we’re excited to be able to do it again this year,” Shoults said.

Tracy Staley, director of the Sanford Service Center, then offered a prayer and words about the organization’s mission.

“This is a community event,” Staley said of the bell ringing. “It is 10 hours a day, if we go from 10 a.m. to 8 p.m. We have two kettles at Walmart, we have a kettle at Piggly Wiggly, we do Food Lion on the weekend and we have this kettle (at Lowe’s Foods) that Kelli Laudate has coordinated for us. It is a lot of people — 10 hours per day times five people — that’s 50 hours a day from now until Christmas Eve.”

“I have been humbled being at the kettle,” she said. “I’ve been at Walmart probably three times where people thanked me for being at the kettle. People give a quarter or 50 cents, they give what they’re led to give. It’s an amazing thing to be out here. Lowe’s is exceptionally generous to us. I set up on Saturday and before I even had the kettle up, someone stuffed a $20 bill in my hand.”

Staley shared some local Salvation Army statistics for 2020 with the crowd. The Salvation Army in Lee County helped 3,800 families with food from the food pantry at the Mann Center. The organization helped 70 families with rent, 160 with utilities, distributed almost 5,000 articles of clothing, helped 100 children with school supplies and gave out 100 turkeys for Thanksgiving earlier this week. The Salvation Army is also in the middle of its Christmas Joy program, which will be held at First Presbyterian Church.

“We have 1,000 children that we are sponsoring this year,” Staley said. “That program has a tremendous amount of community support. A lot of the churches come out. It is a group effort. We are blessed with all of the wonderful partners we have in this community.”

Staley also spoke about the Navigation Center in Sanford. It’s a day center for the homeless that opened earlier this year and operates from the Bread of Life Ministries building at 219 Maple St.

The local Salvation Army has nine staff members, including the store personnel. Three are full time.

“We are small, but mighty,” Staley said. “We do what we do with a small group of employees, but wonderful community support.”

Sanford Mayor Chet Mann spoke about the importance of the Salvation Army in the community.

“This is such an important thing,” Mann said. “As a great community, we have to have places like the Salvation Army to serve the people that need it the most.”

Mann thanked the volunteers that continue to support the group.

“It’s really important,” he said. “Your community is defined by people like you, with the will to do the work for credit or little recognition, to help somebody in need.”

Lee County Sheriff Tracy Carter also spoke about the importance of the Salvation Army’s work in the county.

Shoults concluded by again asking for volunteers to help out.

“It really is a good experience to come out here,” she said. “People are very nice and friendly. Encourage anyone you know to come out and ring a bell for us.”