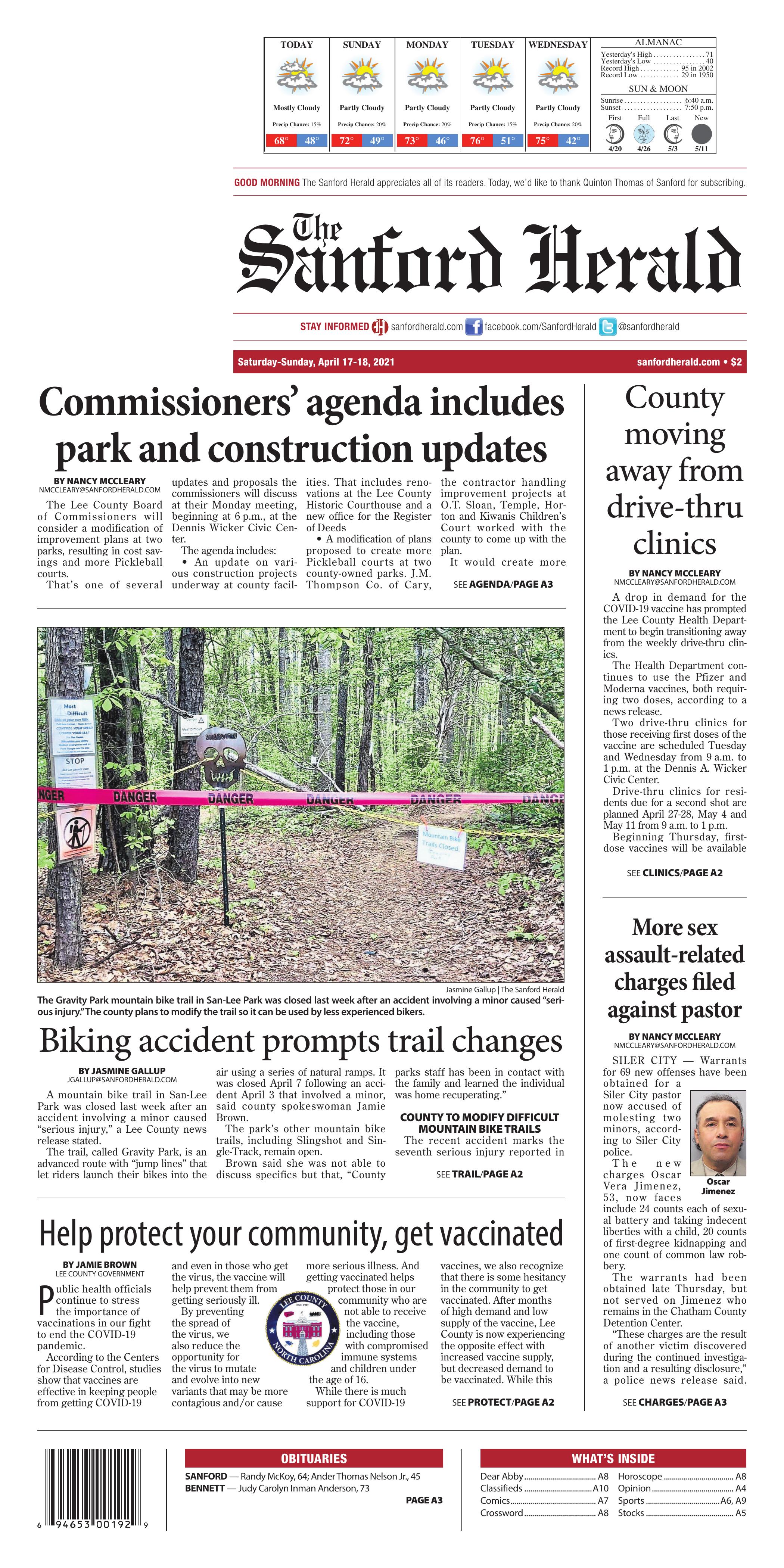 The Lee County Board of Commissioners will consider a modification of improvement plans at two parks, resulting in cost savings and more Pickleball courts.

That’s one of several updates and proposals the commissioners will discuss at their Monday meeting, beginning at 6 p.m., at the Dennis Wicker Civic Center.

• An update on various construction projects underway at county facilities. That includes renovations at the Lee County Historic Courthouse and a new office for the Register of Deeds

• A modification of plans proposed to create more Pickleball courts at two county-owned parks. J.M. Thompson Co. of Cary, the contractor handling improvement projects at O.T. Sloan, Temple, Horton and Kiwanis Children’s Court worked with the county to come up with the plan.

It would create more Pickelball courts at the Kiwanis Children’s and O.T. Sloan parks and result in a savings of more than $8,000 for the Kiwanis park improvements, according to agenda documents.

The change would reduced costs for work at O.T. Sloan “significantly,” documents say, but no amount was given.

• Consideration of a proposed layout for the planned Ashby Commons subdivision that is to be built next to the proposed site for the multi-sports complex on Broadway Road at the U.S. 421 Bypass.

Developers have proposed putting a road to serve the neighborhood that would be on property adjacent to the future athletic complex.

• A request from the Board of Elections for new voting equipment and software to serve physically challenged voters.

• Consider allocating up to $35,000 for the S3 Housing Connect 2021-22 budget. The project serves the homeless population in Sanford and Lee County. The city has pledged up to $45,000 toward the project.

The Gravity Park mountain bike trail in San-Lee Park was closed last week after an accident involving a minor caused “serious injury.” The county plans to modify the trail so it can be used by less experienced bikers.

The trail, called Gravity Park, is an advanced route with “jump lines” that let riders launch their bikes into the air using a series of natural ramps. It was closed April 7 following an accident April 3 that involved a minor, said county spokeswoman Jamie Brown.

The park’s other mountain bike trails, including Slingshot and Single-Track, remain open.

Brown said she was not able to discuss specifics but that, “County parks staff has been in contact with the family and learned the individual was home recuperating.”

The recent accident marks the seventh serious injury reported in Gravity Park in the past year, according to the news release. In response, the county is closing the trail for modifications to make it more suited for less experienced riders.

“We don’t know the exact cause of accidents but the Gravity Park trails include jumps and features that require speed and a high-level of skill,” said Brown. “The seven serious injuries reported over the past 12 months have all been on this section of the bike trails.”

Mountain bike trails in San-Lee Park are traditionally maintained by volunteers, but in recent years, some trails have been modified in ways that increase difficulty levels, County Manager John Crumpton said in a news release. Advanced trails are popular with experienced mountain bike riders, but have created safety hazards for “the average mountain bike rider,” Crumpton said.

Many of the tracks in Gravity Park are only suitable for expert riders and have features that create “a high level of risk,” said Brown. “The difficulty levels have progressively increased to a point that the county must now assess the level of risk and make the necessary adjustments to improve safety and minimize risk.”

Crumpton said county officials understand there will be members of the mountain biking community who are disappointed by the planned trail modifications, “but the county priority is improving the safety of the bike trails for all riders and in creating an environment where riders of all ages and skill levels can safely enjoy biking in the natural environment and setting of San‐Lee Park.”

In addition to making changes to the Gravity Park trail, the county is halting trail expansion work and plans to conduct a thorough review of existing bike trails, said Brown. The results of the review will determine trail difficulty levels and features which should “prioritize safety, limit risk and liability, and fit the family-oriented vision of San-Lee Park,” Brown said.

The county’s Parks and Recreation department is assuming responsibility for trail maintenance including review and approval of trail modification and expansion, direct supervision of volunteers and regular safety inspections. The county also plans to update the park’s maps and trail signs, replacing unofficial signage put up by volunteers.

The county will also form a bike trail safety committee made up of local mountain bikers and county staff appointed by Crumpton. The committee is tasked with monthly inspections of the bike trails and a review of data on accidents and injuries. The committee’s findings will be reported to the county manager for consideration.

Donn Otte, a volunteer who helps maintain the park’s mountain bike trails, wrote in a social media post that the trail closure and subsequent modifications are “self-inflicted.”

The “Shock and Awe” jump line in Gravity Park is a popular one, but “this popularity has proved to be its downfall as an influx of new users exceeded their abilities with bad results,” Otte wrote.

Otte said he has made an effort to ensure riders understand the dangers of certain trails by putting up signs about trail difficulty and safety measures, but many have ignored warnings. Since the onset of the coronavirus pandemic, more beginning mountain bikers have entered the sport and they may be overestimating their abilities, Otte wrote.

“I mistakenly thought we could educate users (about) the need to slow down and ride within their abilities to no avail,” Otte wrote. “I can’t blame the county for the shut down if our users fail to act safely.”

Otte said he proposed an engineering change “that will greatly limit available speed into the offending jump.” He added that the change was sure to be unpopular with bikers, especially experienced riders, but it was better than alternatives.

“The bottom line is we must dramatically reduce our injury rate even as the number of new users skyrocket if we want to continue having a bike park,” Otte wrote.

A drop in demand for the COVID-19 vaccine has prompted the Lee County Health Department to begin transitioning away from the weekly drive-thru clinics.

The Health Department continues to use the Pfizer and Moderna vaccines, both requiring two doses, according to a news release.

Two drive-thru clinics for those receiving first doses of the vaccine are scheduled Tuesday and Wednesday from 9 a.m. to 1 p.m. at the Dennis A. Wicker Civic Center.

Beginning Thursday, first-dose vaccines will be available by appointment at the Lee County Health Clinic at 106 Hillcrest Drive. A limited number of appointments will be made to those 16 and older, the release said.

After May 11, second-dose recipients will be required to make appointments to receive shots at the Health Clinic, the release said.

Residents who have not been vaccinated against the coronavirus are encouraged to take part in the drive-thru clinics next week, the release said.

Pre-registration is available at leecountync.gov/covid19.

SILER CITY — Warrants for 69 new offenses have been obtained for a Siler City pastor now accused of molesting two minors, according to Siler City police.

The new charges Oscar Vera Jimenez, 53, now faces include 24 counts each of sexual battery and taking indecent liberties with a child, 20 counts of first-degree kidnapping and one count of common law robbery.

The warrants had been obtained late Thursday, but not served on Jimenez who remains in the Chatham County Detention Center.

“These charges are the result of another victim discovered during the continued investigation and a resulting disclosure,” a police news release said. “This juvenile victim has an association with the congregation and alleged Jimenez took something of value from their person in addition to the sexual behavior.”

Jimenez was arrested April 10 and charged with 34 similar offenses involving a minor allegedly molested on multiple occasions, police said. The charges include 10 counts each of first-degree kidnapping and taking indecent liberties with a child; nine counts of sexual battery; and five counts of statutory sex offense with a child, according to Siler City police.

No information has been given regarding dates of the alleged offenses or the ages of the victims.

Police say Jimenez gained access to juveniles because of his occupation and community trust. 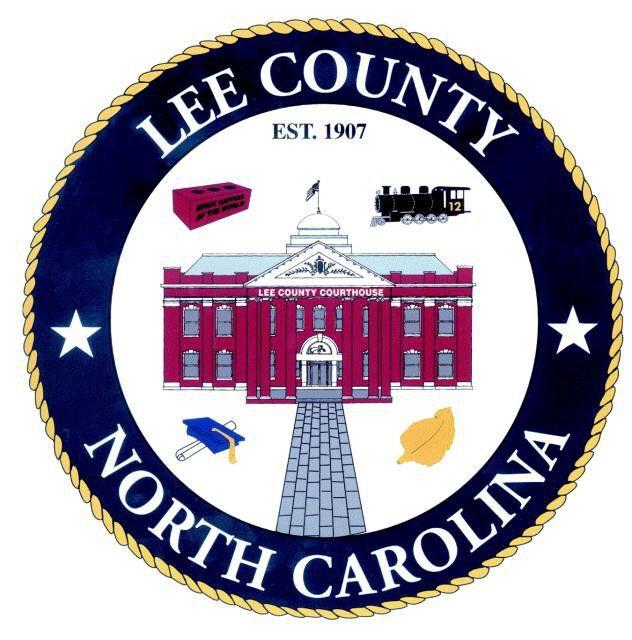