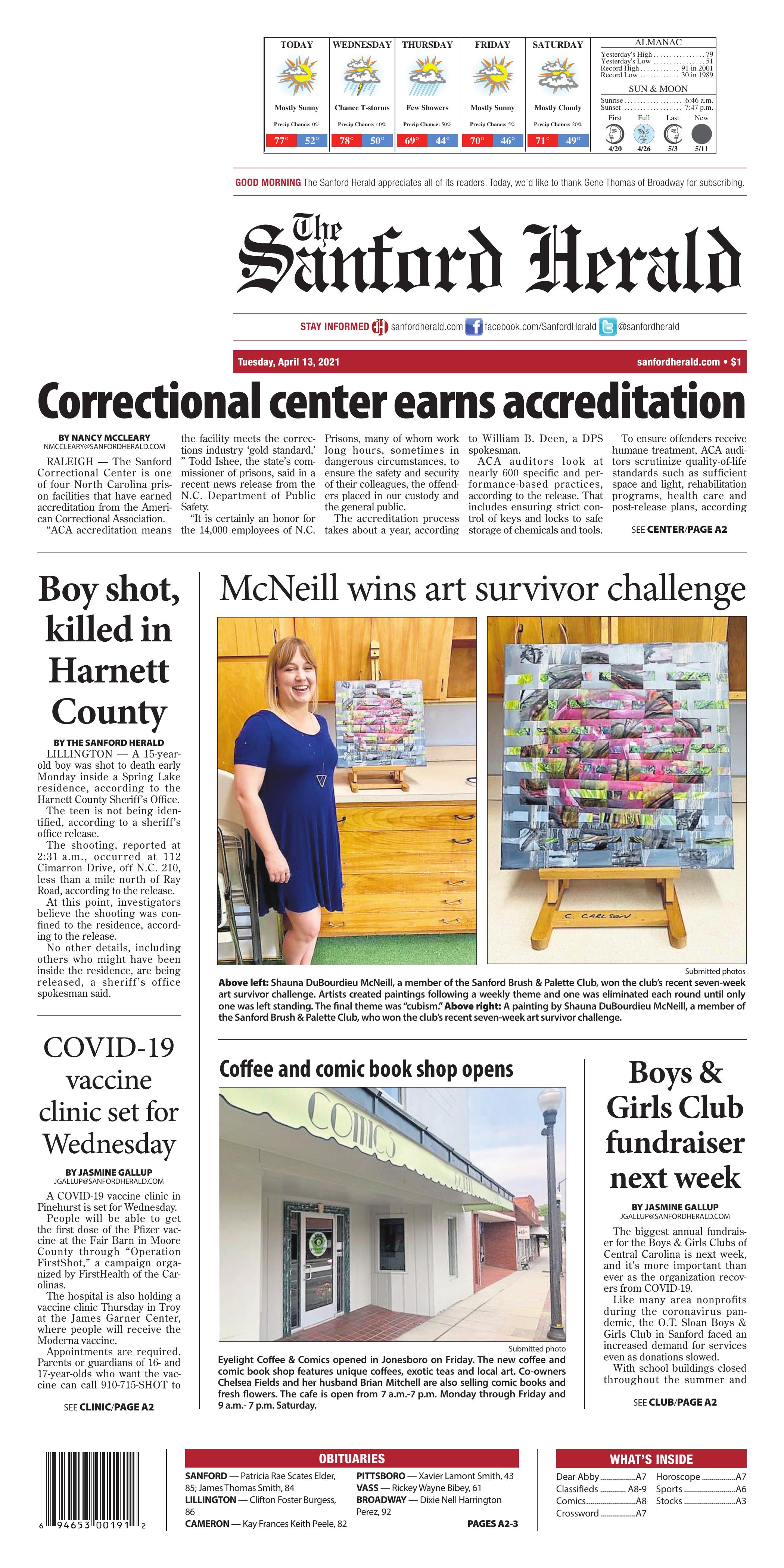 RALEIGH — The Sanford Correctional Center is one of four North Carolina prison facilities that have earned accreditation from the American Correctional Association.

“It is certainly an honor for the 14,000 employees of N.C. Prisons, many of whom work long hours, sometimes in dangerous circumstances, to ensure the safety and security of their colleagues, the offenders placed in our custody and the general public.

The accreditation process takes about a year, according to William B. Deen, a DPS spokesman.

ACA auditors look at nearly 600 specific and performance-based practices, according to the release. That includes ensuring strict control of keys and locks to safe storage of chemicals and tools.

The Sanford Correctional Center has a capacity of 298 inmates, Deen said. Currently, 200 offenders are housed there.

The goal is to have the state’s 55 prisons and correctional enterprise facilities accredited, the release said, and the Sanford facility is among the first four to receive accreditation, according to Deen.

The others include the central prison administrative operations and two correctional enterprise operations including a recycling plant for road signs and license plates based in Carthage.

“Correction Enterprises is the collective name of the N.C. Prisons operations that manufacture or produce items used by prisons or other state agencies,” Deen said.

Several Correction Enterprises operations are located across the state, Deen said. They are located in or near a facility and everything from janitorial supplies to printed documents for state agencies are produced.

“The Moore County site recycles old, worn and damaged road signs and license plates, which other Correction Enterprises shops convert into fresh new signs and plates for the N.C. Department of Transportation and the Division of Motor Vehicles,” Deen said. 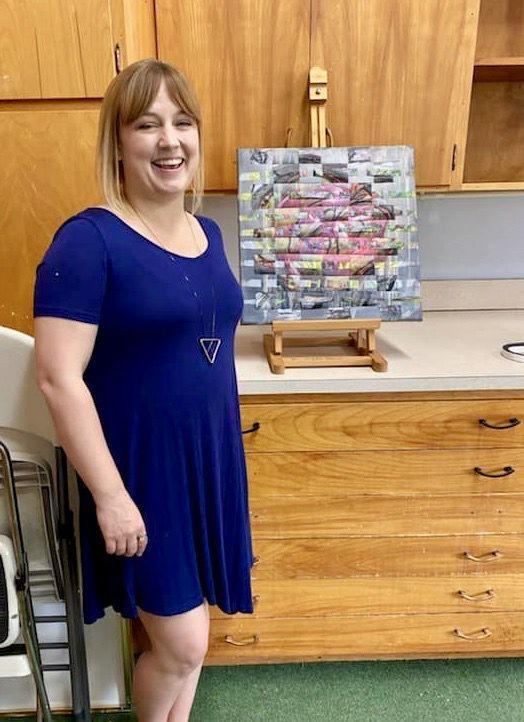 Shauna DuBourdieu McNeill, a member of the Sanford Brush & Palette Club, won the club’s recent seven-week art survivor challenge. Artists created paintings following a weekly theme and one was eliminated each round until only one was left standing. The final theme was “cubism.” 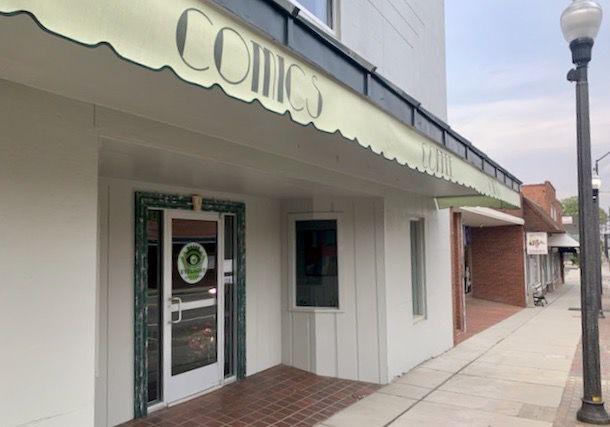 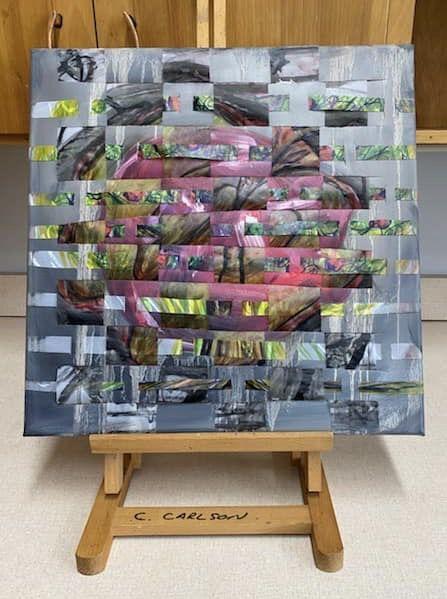 A painting by Shauna DuBourdieu McNeill, a member of the Sanford Brush & Palette Club, who won the club’s recent seven-week art survivor challenge.

LILLINGTON — A 15-year-old boy was shot to death early Monday inside a Spring Lake residence, according to the Harnett County Sheriff’s Office.

The teen is not being identified, according to a sheriff’s office release.

At this point, investigators believe the shooting was confined to the residence, according to the release.

No other details, including others who might have been inside the residence, are being released, a sheriff’s office spokesman said.

A COVID-19 vaccine clinic in Pinehurst is set for Wednesday.

People will be able to get the first dose of the Pfizer vaccine at the Fair Barn in Moore County through “Operation FirstShot,” a campaign organized by FirstHealth of the Carolinas.

The hospital is also holding a vaccine clinic Thursday in Troy at the James Garner Center, where people will receive the Moderna vaccine.

Appointments are required. Parents or guardians of 16- and 17-year-olds who want the vaccine can call 910-715-SHOT to schedule a minor for the vaccine.

People age 18 and older can visit firsthealth.org/shot to register.

The biggest annual fundraiser for the Boys & Girls Clubs of Central Carolina is next week, and it’s more important than ever as the organization recovers from COVID-19.

Like many area nonprofits during the coronavirus pandemic, the O.T. Sloan Boys & Girls Club in Sanford faced an increased demand for services even as donations slowed.

With school buildings closed throughout the summer and into the fall, the O.T. Sloan Boys & Girls Club was one of the only places open for school-aged children. The organization closed its doors in March when Gov. Roy Cooper shut down school buildings statewide, but was able to reopen for a limited number of children about two months later, providing parents with an option for daytime care.

In August, the club extended its hours so children could attend virtual school throughout the day, instead of just coming to the club after school. It also provided more than 1,500 meals each week to children in Lee, Chatham and Harnett counties throughout the summer and continued to feed children breakfast and lunch during the school year.

Moving from a partial schedule to an all-day schedule increased operating costs, as did enacting COVID-19 safety measures, according to spokeswoman Elizabeth Colebrook. At the same time, many of the club’s usual fundraisers were postponed or cancelled. With so many people under financial strain because of the pandemic, donations slowed.

This year, the organization hopes to raise $375,000 for its clubs through a virtual “Be Great Breakfast.” The fundraiser is usually an in-person event, but COVID-19 still prevents mass gatherings.

The breakfast traditionally includes presentations from a guest speaker, club staff and the Youth of the Year. It will stream at 9 a.m. April 22.