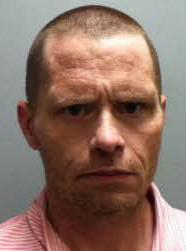 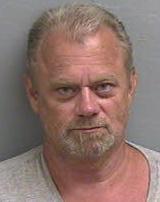 A 31-day undercover investigation by Lee County Sheriff’s Office narcotics officers ended Tuesday with the arrests of brothers and seizure of drugs including crystal meth.

Nickalus, Rogers, 43, and Kelly Rogers, 56, were arrested after lawmen executed a search warrant at their home and property in the 1900 block of Pumping Station Road, according to a Sheriff’s Office news release.

The Narcotics Division, working with the State Bureau of Investigation, made four purchases of crystal meth in a month from Nickalus Rogers, the release said.

During the search of the home, they located nine bags of methamphetamine with a total weight of 13.43 grams, or nearly a half ounce.

The bags, along with 118 doses of Xanax and eight doses of Adderall were found stashed in an air duct in Kelly Rogers’ bedroom, according to Capt. Bryan Allen of the Sheriff’s Office.

Xanax is a potentially habit-forming medication used to treat anxiety and panic disorders, according to the U.S. Drug Enforcement Administration.

Adderall is a habit-forming drug considered a stimulant, according to WebMD. It’s used to treat attention deficit hyperactivity disorder or ADHD.

Ties that bind: 62 years as pen pals and counting

Nickalus Rogers is charged with four counts each of trafficking methamphetamine by possession, trafficking meth by sell, maintaining a drug dwelling, conspiring to sell and deliver a controlled substance and misdemeanor possession of drug paraphernalia.

He is charged with two counts of possessing a controlled substance (Adderall, Xanax) with intent to sell and deliver.

Additional arrests are expected, according to the release.