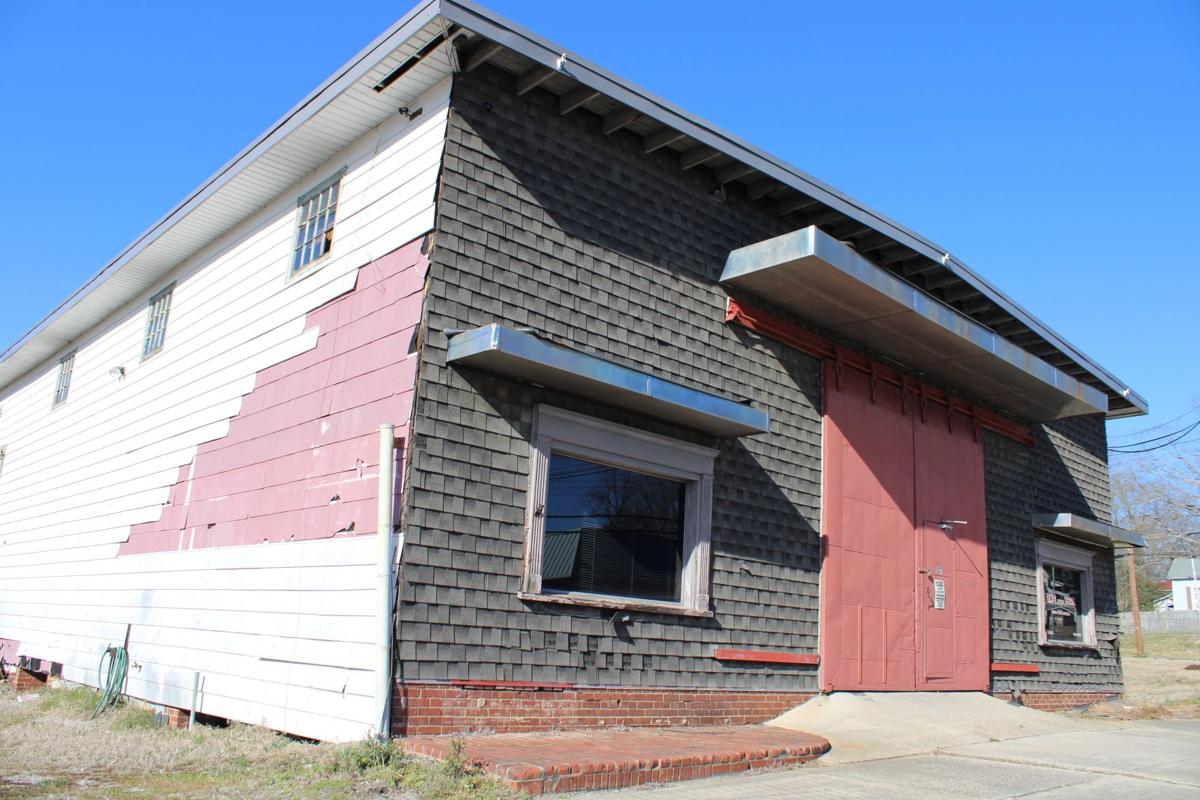 The Sanford Farmers’ Market will soon be located in the former King Roofing, Heating and Air building. A more than $500,000 -plus grant from Pilgrim’s is helping make the project a reality. 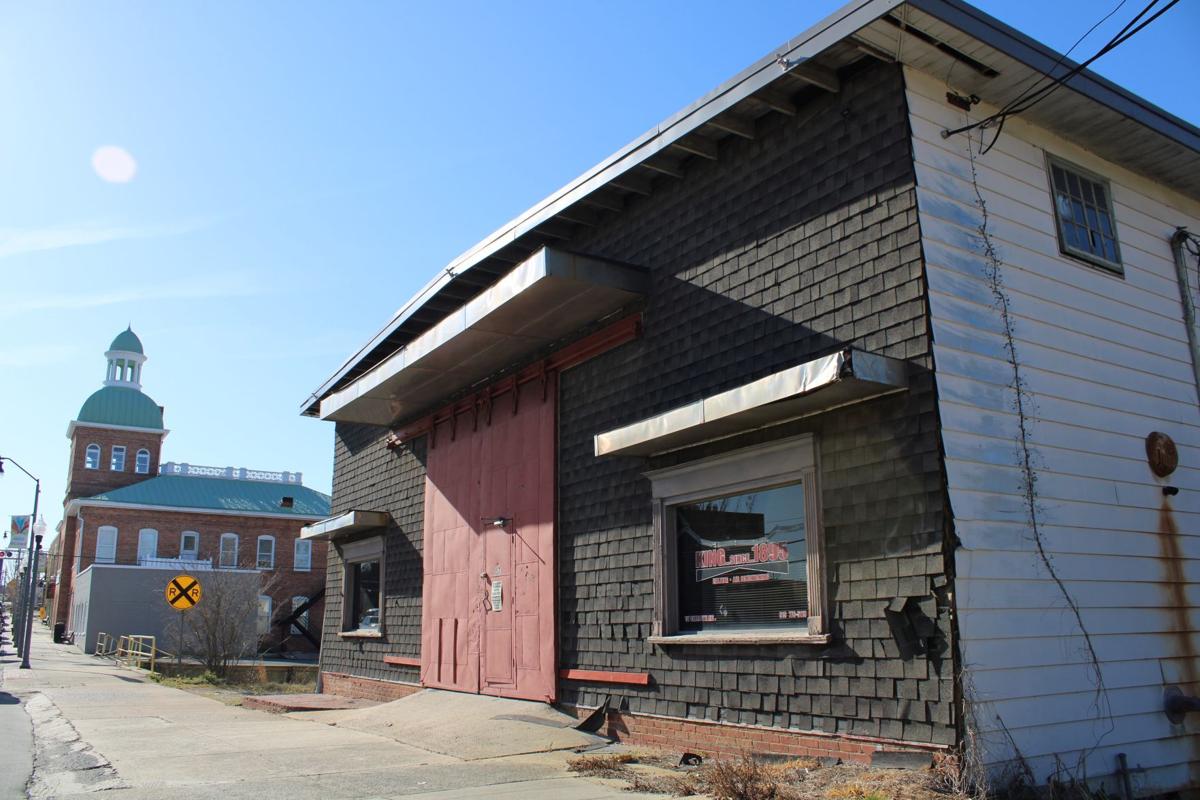 The Sanford Farmers’ Market will soon be located in the former King Roofing, Heating and Air building. A more than $500,000 grant from Pilgrim’s is helping make the project a reality. 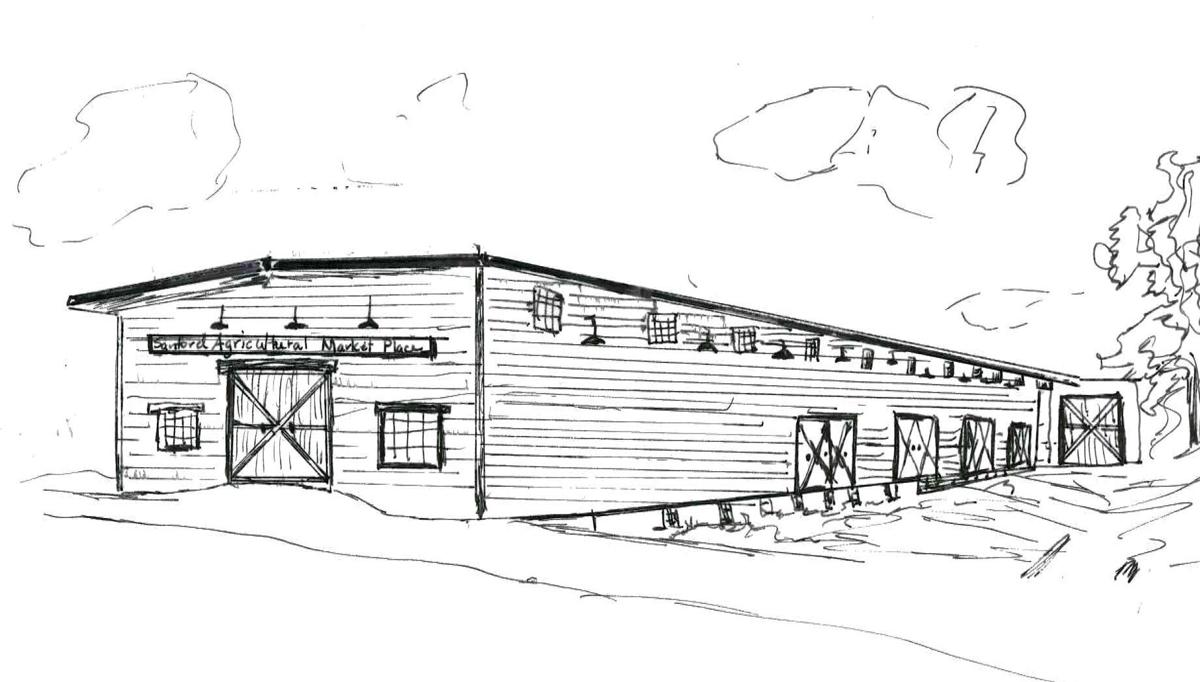 An artist's rendering of what the building could look like when the project is completed.

The Sanford Farmers’ Market will soon be located in the former King Roofing, Heating and Air building. A more than $500,000 -plus grant from Pilgrim’s is helping make the project a reality.

The Sanford Farmers’ Market will soon be located in the former King Roofing, Heating and Air building. A more than $500,000 grant from Pilgrim’s is helping make the project a reality.

An artist's rendering of what the building could look like when the project is completed.

A year after the Sanford Farmers’ Market relocated downtown, plans to find it a permanent home are finally coming to fruition thanks to a $505,000 grant from chicken processing company Pilgrim’s.

The company announced Monday that it would fund renovations to the former King Roofing, Heating and Air Building, a 100-year-old structure at 157 Charlotte Ave. The building is owned by the city, said Mayor Chet Mann.

“We were thinking about tearing it down, but this is an opportunity,” Mann said. “This is going to be a really nice transformational project. We’ve got a really cool plan in place. It will foster excitement.”

Over the next few months, the 10,000-square-foot building will be transformed into the Sanford Agricultural Marketplace, home to the city’s farmers’ market as well as a kitchen, classroom and office space, said Joni Martin of Progressive Contracting Company, which is renovating the space.

In addition to housing the farmers’ market, Mann said there are plans to eventually use the space for community events like cooking classes, agribusinesses and 4-H Club meetings, civic events, education courses and bilingual classes.

The mayor said he’d like to see a new restaurant open in the rear portion of the building. The city can seek another grant to help finish that project or partner with interested investors. Mann said he hopes the renovation will be another step in revitalizing East Sanford.

Meanwhile, the farmers’ market will get a year-round home. The market currently operates on a May to October schedule in the parking lot of the Buggy Co. Building, but moving it indoors will allow it to operate throughout the year, Mann said.

The city is working in partnership with the N.C. Cooperative Extension and Downtown Sanford, Inc., whose leaders have long been in favor of expanding the market.

“We are beyond thrilled,” said Kelli Laudate, executive director of Downtown Sanford, Inc. “We are just so excited to begin this project. It really will continue the revitalization that has already happened in downtown Sanford. It’s just one more piece to that puzzle.”

Laudate was thankful for Pilgrim’s investment, saying, “They saw our vision on ways to support the farmers and the community, getting fresh produce on people’s tables.”

The contractor, Martin, said she hopes the new location will allow the market to open more than just one day a week and operate during the off-season, selling things like pumpkins and Christmas trees. Martin said they aim to open the market in September, just in time for fall.

Workers will be replacing the building’s siding, tearing out some partitions and interior walls, and installing new lighting, fans and bathrooms, Martin said. They will also be installing a sound system, garage doors for vendors and potentially an office for the market manager. Wood from the building will be reused to make tables.

The Pilgrim’s grant was secured with help from the Chamber of Commerce Executive Director Meg Moss and Sanford Area Growth Alliance CEO Jimmy Randolph, according to Laudate.

In October, Pilgrim’s announced an investment of $515,000 to support the future of the Sanford community. The funding is provided through Pilgrim’s Hometown Strong program.

“We are honored to call Sanford our hometown and to be a reliable and responsible contributor to our local economy,” Jamal Mohammed, manager of Pilgrim’s Sanford operation said.