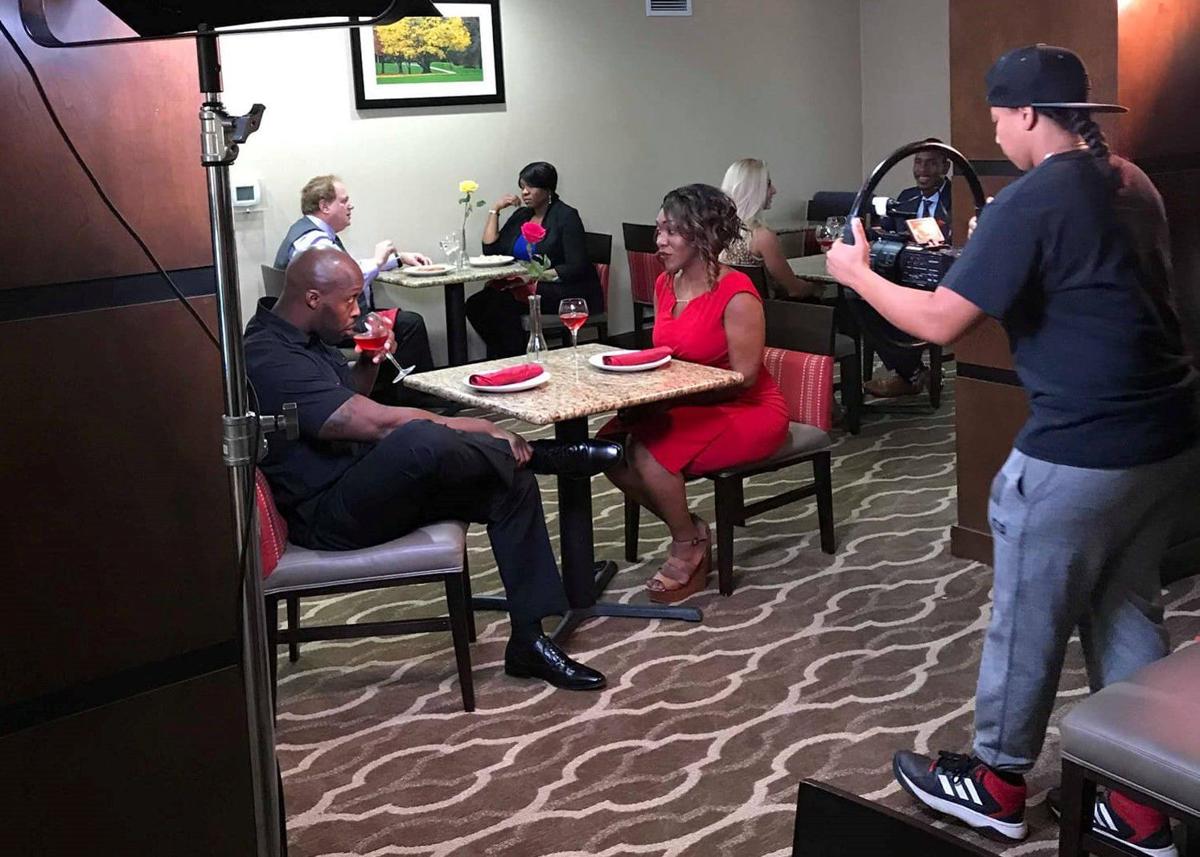 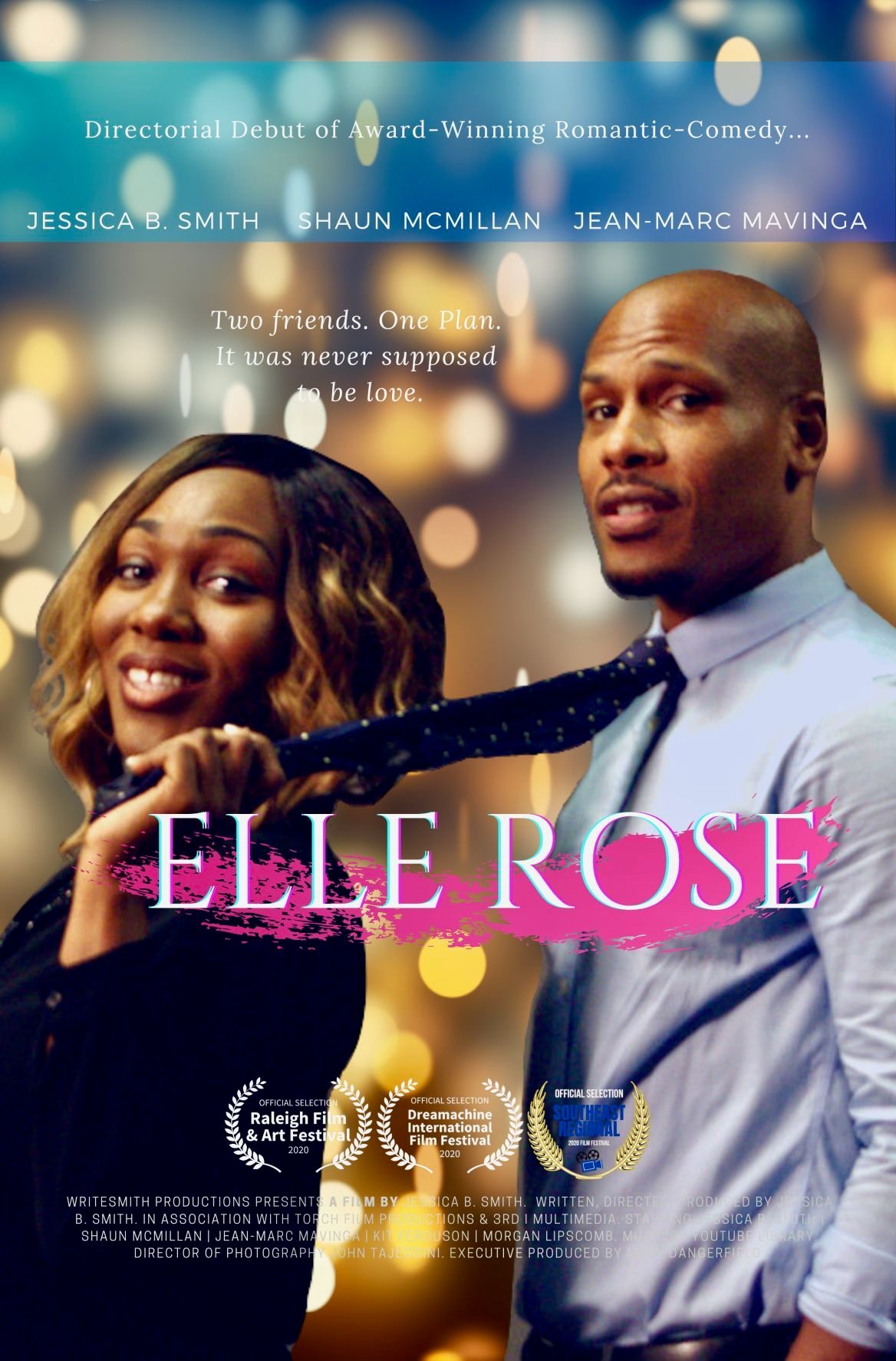 The movie poster for “Elle Rose,” Jessica Smith’s first feature film, is shown. It premieres at Spring Lane Cinemas Jan. 22. Portions of the film were shot in Sanford.

The movie poster for “Elle Rose,” Jessica Smith’s first feature film, is shown. It premieres at Spring Lane Cinemas Jan. 22. Portions of the film were shot in Sanford.

Scenes from Sanford will appear on the silver screen next month as an independently produced romantic comedy, portions of which were shot in Sanford, premieres at Spring Lane Cinemas.

“Elle Rose,” a feature-length film, was written, directed and produced by Jessica Smith, of Sanford, a 2004 graduate of Lee Senior High School. It centers on best friends, Elle Rose and Carter, who fake a romance to satisfy a family member’s dying wish.

“This is my first time directing and producing an actual film work,” Smith said. “It was absolute insanity. You have to be crazy to do any of this. But when it’s your passion .... when you finish doing it, the only thing you’re really thinking about is the next time you get to do it.”

The film was a labor of love for Smith who spent 18 months recruiting actors, scouting locations, filming and editing. Many scenes were shot in locations around town, including Kiwanis Family Park, Dreams Cafe on Horner Boulevard, Comfort Suites on Bragg Street and D.K. Clay Pottery on Hawkins Avenue, Smith said.

Smith said the community was supportive in helping to secure places to shoot and in other aspects of the film. Producing the movie in her hometown made a big difference.

“People were just asking, ‘How can I help?’ ‘Do you need to use my house for filming?’ That’s a big deal for someone to open their doors to you,” Smith said. “People would say, ‘Hey I want to cook for your cast.’ It was definitely a community effort.”

Smith, who also stars in the movie as title character Elle Rose, first had the idea to make the movie back in 2018, she said. At the time, she was working on a novel about best friends, the movie’s protagonists Elle Rose and Carter, but getting nowhere.

Mudd: Here are my 2 concerns with potential protests

Once Smith decided to make the film, she used her existing connections to the entertainment industry to first shoot a two-minute trailer, with actors from Torch Film Productions in Greensboro and 3rd I Multimedia in Raleigh.

Smith pitched the finished trailer to several production companies and got some interest, but her project was ultimately put on the back burner, she said. Having already shot about a third of the film, she decided to finish out production independently.

With a primarily Black cast, Smith said, she hopes the film will counteract African American stereotypes often seen in movies and television. The two main characters, Elle Rose and Carter, both own their own software tech companies, she said.

“There was a story I wanted to tell within this love story,” she said. “A lot of times, especially in the Black community, what I see a lot is very promiscuous lead characters. A lot of times you see lead characters, the guys, involved in gangs and drugs and drug trafficking. I just really wanted to show the African American community in a different light.”

Smith plans to continue work on the story with an online miniseries, she said.

Trying to describe how it felt to see her imagination come to life left Smith almost speechless.

“This is just crazy to me because it all began with an idea and here we are,” she said. “There’s not quite words to for it to explain it. Unbelievable, I guess.”