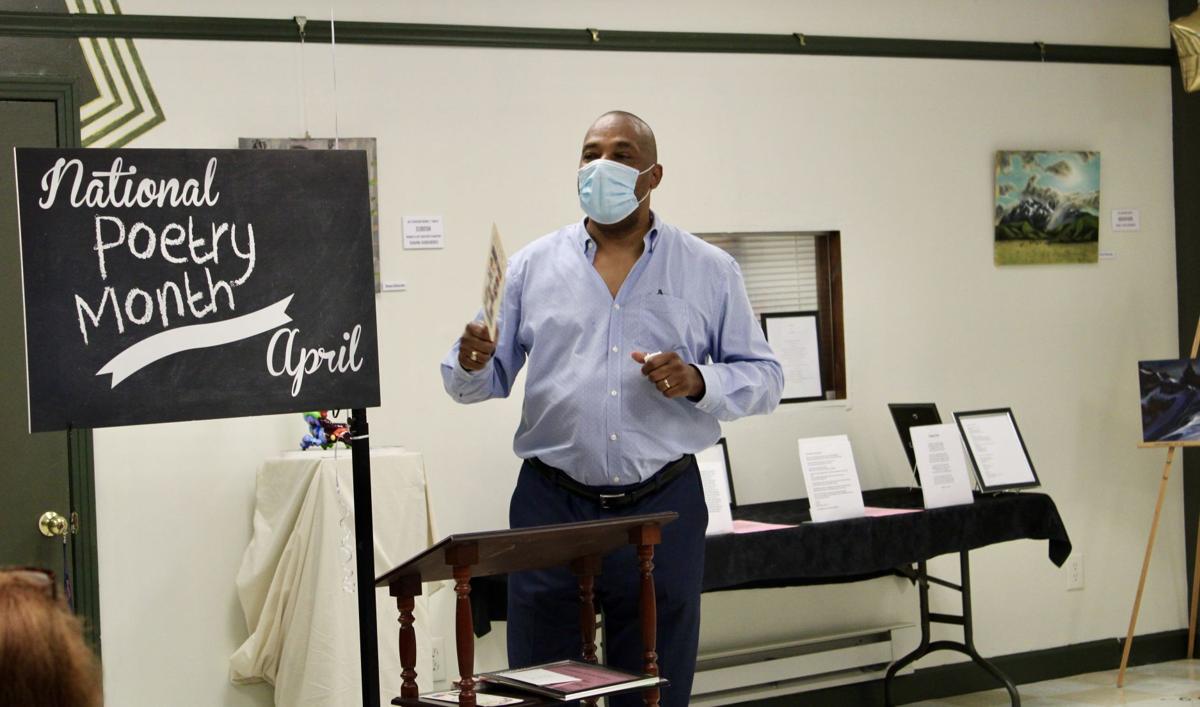 William Johnson speaks to a dozen or so artists Tuesday at the National Poetry Month awards ceremony, hosted by the Lee County Arts Council. 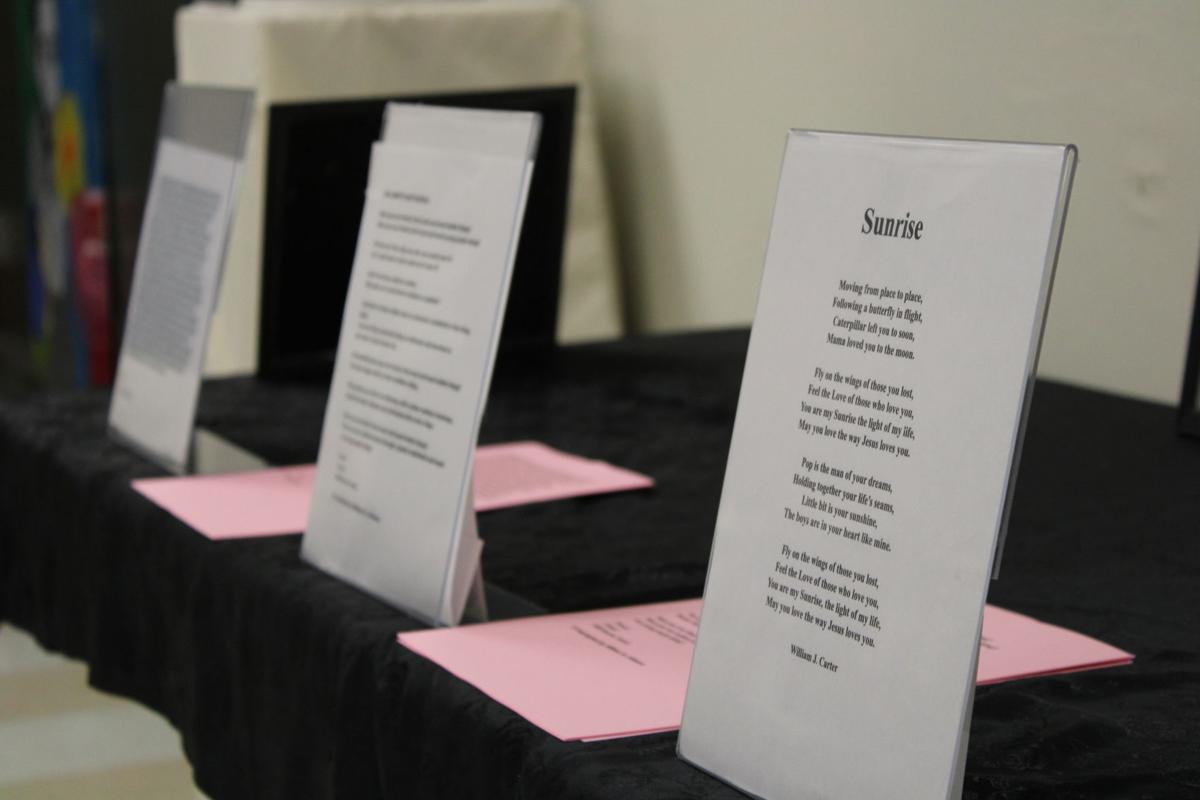 William Johnson speaks to a dozen or so artists Tuesday at the National Poetry Month awards ceremony, hosted by the Lee County Arts Council.

People from across Lee County celebrated the art of the spoken word Tuesday at an awards ceremony for the county’s first-ever poetry contest.

The Lee County Arts Council called for submissions from people of all ages throughout April, which was National Poetry Month. The dozen or so poems they received were judged anonymously by council members Ty Stumpf and Bianka Rhodes Stumpf on a 10-point system, said arts council Director Gwendolyn Lee.

Jay-Lynn Ray, 11, was the winner in the under age 18 category with her “poem/spoken word piece/lecture” titled “In a perfect world,” Lee said. The sixth-grader quietly read her poem before accepting a certificate and $50 cash prize.

The winner in the over age 18 category, who received a $100 cash prize, was William Johnson, who said he is “a poet to the core.”

See Boris Johnson's reaction to Biden's joke about their wives

Before reading his poem entitled “Ghetto Battlefield,” Johnson gave a shout out to the other artists in the room.

Several other poets who entered the contest read their poems aloud during the quasi-open-mic. And as each spoke, with their own style and voice, the silence between the beats of their words became art.

Have you ever lived in the hood and heard bullets flying?

Have you ever lived in the hood and heard young people dying?

Tell me am I the only one who can surely hear it?

Am I semi sane or just numb not to fear it?

And if our lives really do matter,

Why does our warm blood continue to splatter?

I feel like I'm that soldier back on America's battlefield of the living dead,

I see our flag constantly flying at half-mast and drenched in the color of pure blood red,

So honestly have you ever lived in the hood and heard bullets flying?

So much anger and so much needless dying,

The buckets are full to overflowing with another mother's teardrops,

Have you ever lived in the hood and heard bullets flying?

Have you ever walked slowly through a ghetto battlefield and heard our young people dying?

GOD knows I have!

In a perfect world, by Jay-Lynn Ray

The perfect world we live in today. Millions of people are victims of injustice. Many are unfairly treated an even abused. Even in this country that we call home, unfair laws and rules are formed in favor to a Specific group of people.

I believe that the most important solution to this problem is social justice for all! Social justice is fairness as it manifests in society. I believe that god created us all equal, that we all should have equal rights, we all have the right to be treated equal!

In history, many great civil leaders fought in and died in the cause of social justice! One of the most memorable and influential leaders for me was Langston Hughes. Langston Hughes wrote many poems about social justice. My favorite one is called, "Justice." He says that Justice is a blind goddess, Is a thing to which we black are wise: Her bandage hides two festering sores That once perhaps were eyes.

What this Poem means to me is that Langston Hughes was trying to tell people about a system built or designed with unfair laws against a certain group of people, and that he was fighting in the course to be equal. Everyone should be treated equal regardless of their race, religion, gender or criminal background.