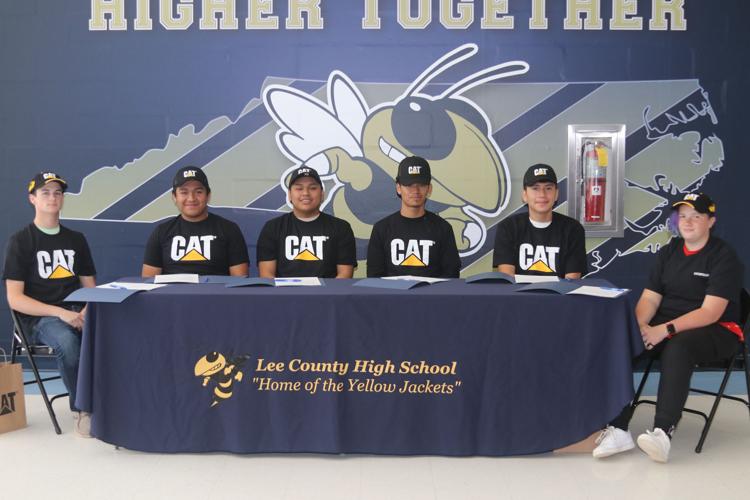 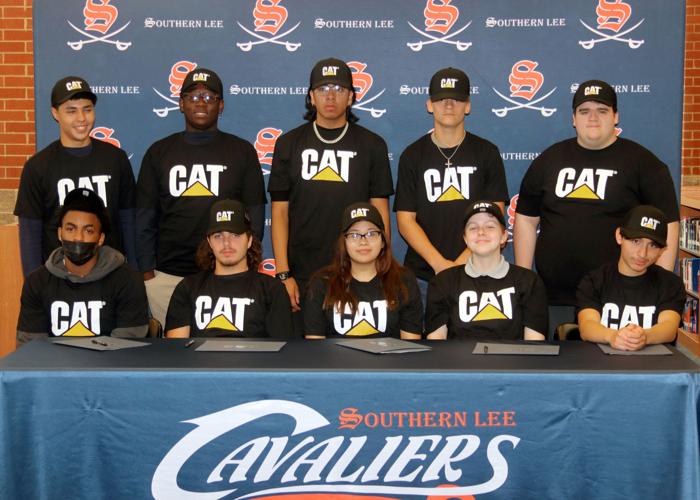 SANFORD — Two groups of students from each of the county’s two high schools — Southern Lee and Lee County — celebrated their selection into the Caterpillar Youth Apprenticeship in Welding on Monday with signing ceremonies at their respective schools.

A partnership among Caterpillar, Central Carolina Community College and Lee County Schools, the apprenticeship trains high school students for a high-demand career and helps provide the skilled workforce needed for Caterpillar and other high-tech industries to succeed. Soon after the innovative program was created by the local groups years ago, it was praised by the U.S. Chamber of Commerce Foundation in 2013 as a “partnership worth repeating.”

The earlier of the two celebrations was held in the Southern Lee Media Center, where Lee County Schools Superintendent Dr. Andy Bryan began by congratulating 10 inductees sitting in the front row and welcoming an audience of more than 50 people to what he called “one of our favorite annual celebrations.”

Gov. Abbott: I was 'misled' about circumstances of shooting

Bryan told the group that the Caterpillar apprenticeship not only provides a valuable educational and career opportunity for the students, but it has significant economic development benefits for the entire community. “This is a great partnership,” he said, “that combines important learning with real-world application.”

Central Carolina President Dr. Lisa M. Chapman said she agreed with Bryan’s comments echoed everything Bryan said and then told the students the college was there to help them to achieve their goals — but achieving those goals would take their commitment to the work ahead.