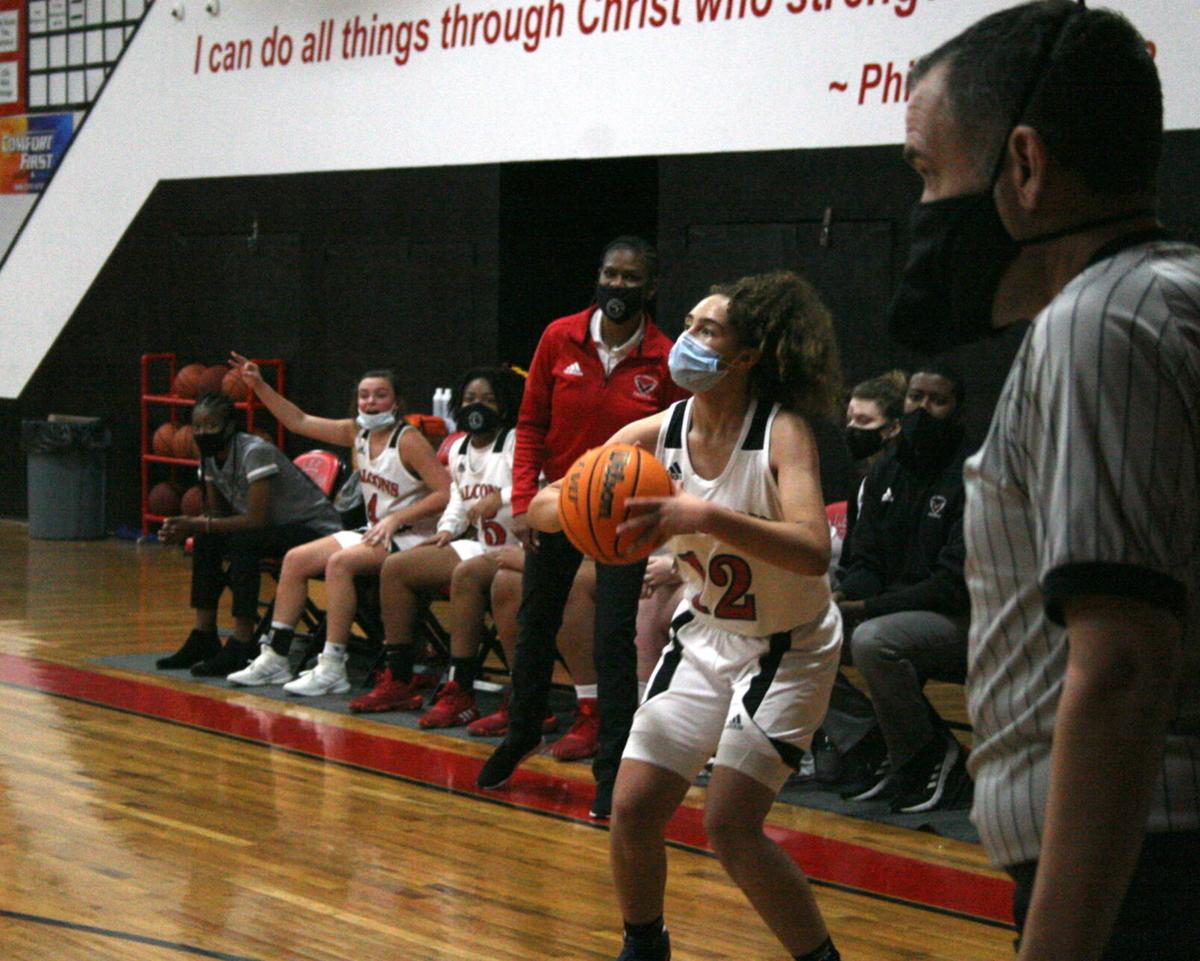 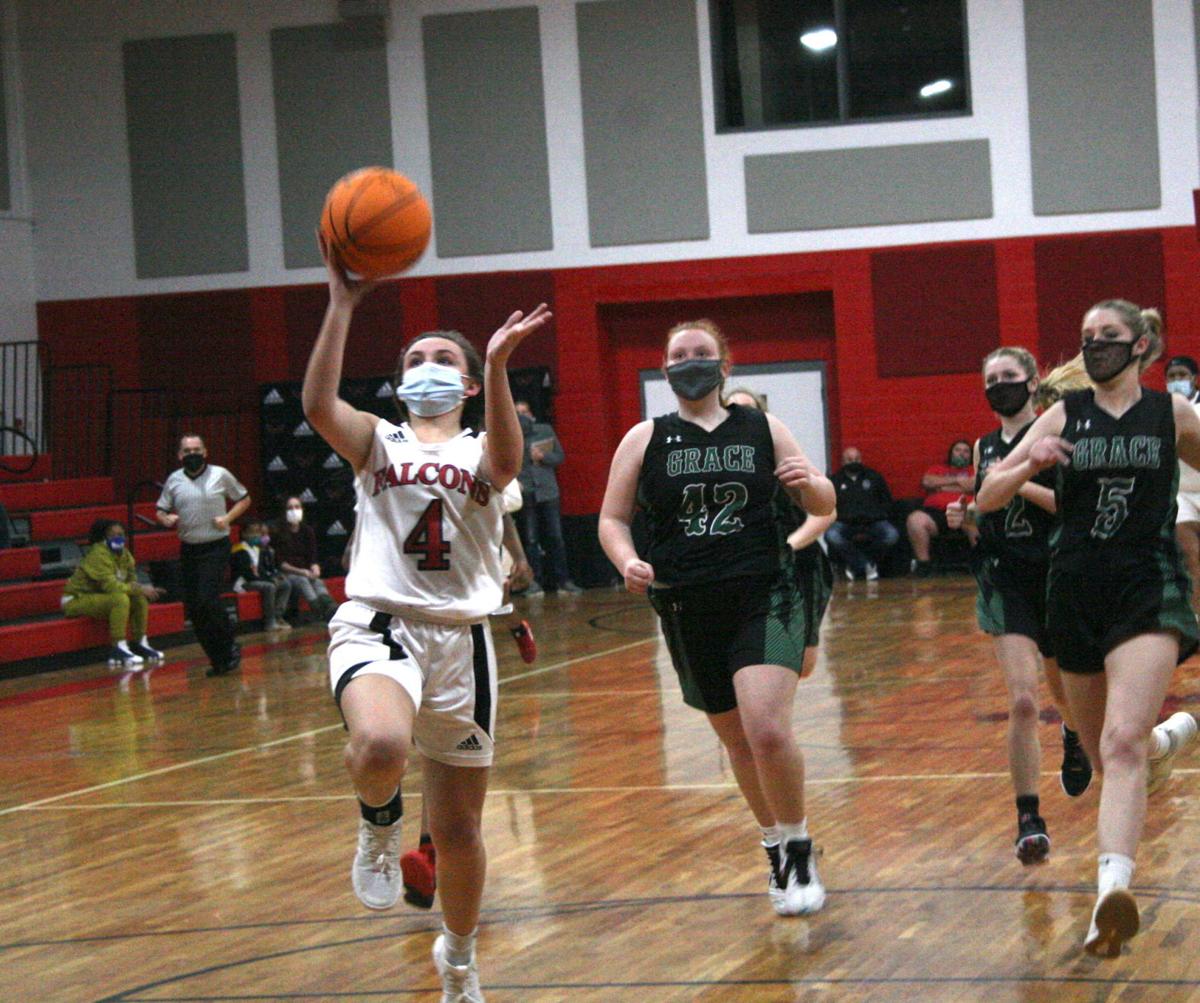 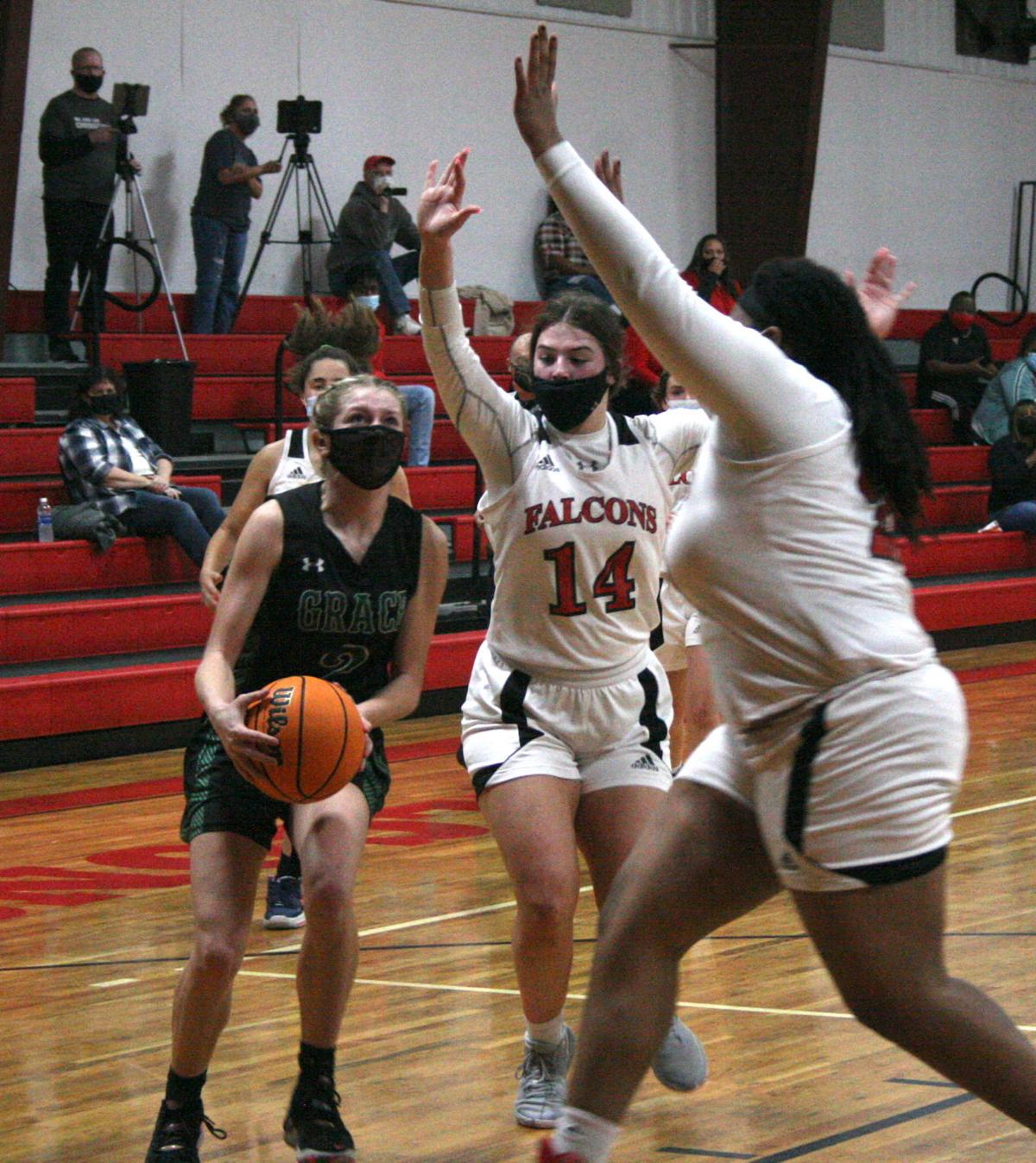 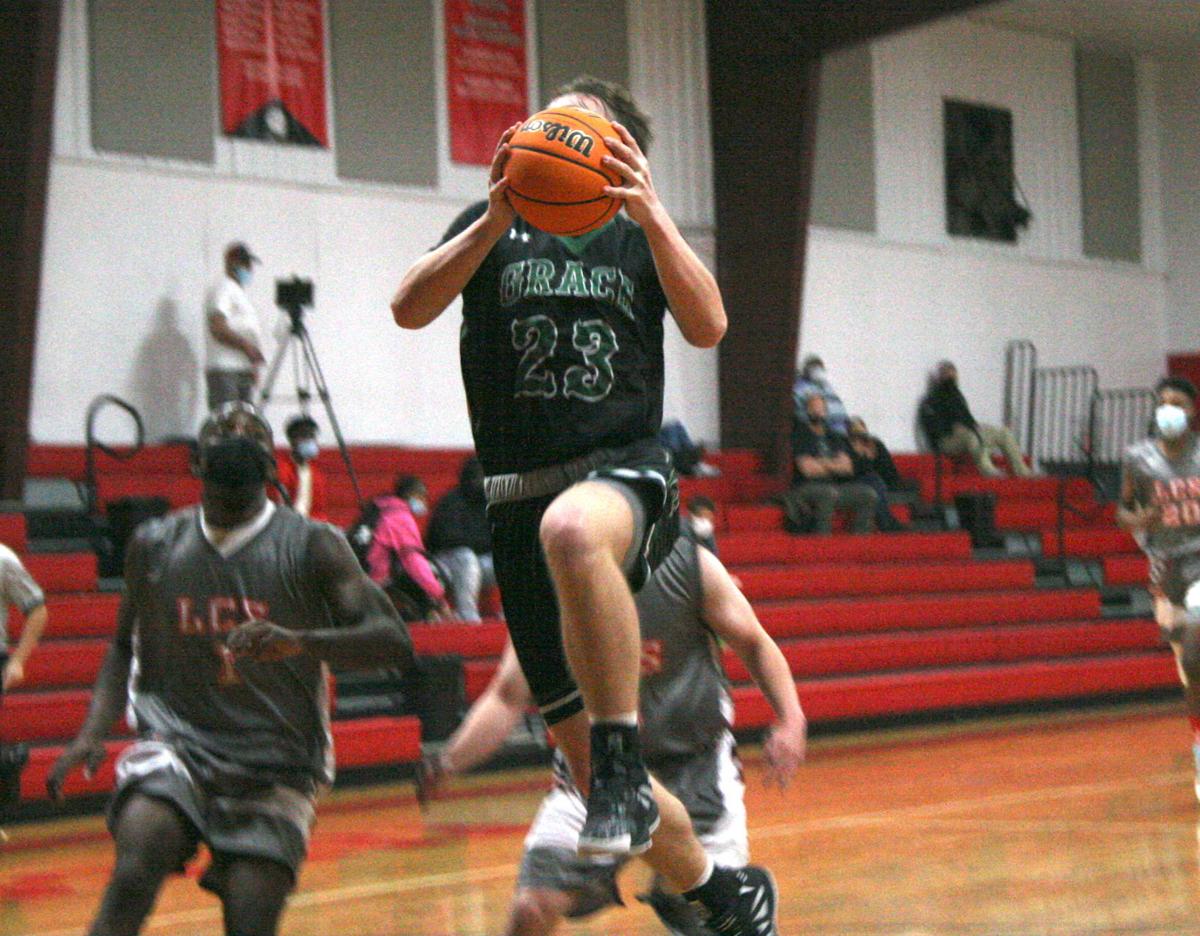 The Lady Falcons (6-2, 2-0) pulled away from the Lady Crusaders (5-7, 1-1) just before halftime. Lee Christian’s advantage in the paint, on both ends of the court, overcame Grace Christian as they were without their usual top scorer, guard Lara Lieckfeld.

Center Taylor Woods got the ball over and over again in the final few minutes, leading a final Lady Falcon run, and finished with 14 points and eight rebounds. Freshman forward Kelyce McSwain teamed with Woods and got 13 points and seven rebounds.

The Lady Falcon play inside outpaced the Lady Crusaders, who were led by eighth-grade guard Kaleigh Wilson scoring 22 points.

The Lady Falcons started fast, and with full-court defense, which took them to a 9-2 lead with three baskets by McSwain sparking the Lady Falcons.

Grace Christian ran off the next 10 points and led 12-9 going to the second quarter.

Lee Christian picked up the defensive pressure again and the defense was so tough it led to easy offense. The Lady Falcons got a basket in the lane by McSwain, a steal seconds later and a running basket by Langston to take a 13-12 lead seconds into the second quarter.

They started the second half with another quick strike. Woods made two free throws, then a steal and break led to Emma Lodge scoring on the break for four points in about 15 seconds and a 31-15 lead.

The Lady Crusaders trimmed a lead which was more than 20 down to 11 with a little more than three minutes left.

When the Lady Falcons needed to get back to how they’d gotten the big lead, they got the ball to Woods near the hoop, or she went and got it herself hustling for rebounds. Wood turned the effort into six points to help seal the win.

Langston and Emma Grace Dubuc added six points each for the Lady Falcons.

For the Lady Crusaders, Wilson had 22 points and 11 rebounds and Jamie Cook had seven points and 13 rebounds.

In the boys’ contest, it was the Crusaders overcoming a big night by a Falcon standout to prevail as the game came down to the last couple possessions.

Watch now: Packers fans and 2 Buccaneers’ fans gear up for the big game

Corey Linsley grapples with finality of playoff loss, uncertain future as Packers clean out their lockers

Facing a critical offseason, Scott Frost is betting on tailoring rather than tearing down

Forwards Jesse Mitchell, inside and outside, and Ma’kyi Butler, mostly right around the hoop, scored 21 points each for the Crusaders (10-8, 2-0). It was enough even as point guard Sayvion Ellis totaled 29 points, six rebounds, five steals and three assists for the Falcons (4-4, 0-1).

The Crusaders had to answer Ellis after the first few seconds. Ellis made pull-up, guarded, seemingly off-balance threes on the first two Falcon possessions for a 6-2 Lee Christian lead and an incredible jolt of energy.

The Crusaders matched it with Mitchell scoring from three-point range and off the offensive glass. A tip-in basket by Butler, the Crusaders’ 6-foot-5 sophomore, and a fast-break hoop by Mitchell made it 17-12 Crusaders to end the first quarter.

Trading of punches continued the rest of the way.

On a drive into the lane, then a high-arced shot while getting knocked hard to the court, Ellis made the shot and made the free throw to draw the Falcons to down 38-36 early in the third period.

William Rush made a 3-pointer followed by a break off a Falcon turnover and Mitchell scoring for five Crusader points and a 43-36 score.

Another Crusader streak made it 51-44 just into the fourth quarter. The Falcons came back with a 7-0 run to tie it. The Crusaders scored three straight baskets in a blink, the third being Miles Matson receiving a long Butler pass and going in for a lay-up to make it 57-51 Crusaders with about four minutes left.

The Crusaders kept the lead from there, but the Falcons had their chances.

Ellis drained a deep three to cut the Crusader lead to 63-60.

Jonah Garris made both shots of a one-and-one with 0:29 left to make it a two-possession margin again.

The Falcons couldn’t hit on the next possession or, after Mitchell missed a free throw, got the rebound off his miss, then traveled, another chance down by five in the last few seconds.

Grace Christian goes to Faith Christian in Rocky Mount for games at 5:30 and 7 p.m. today.