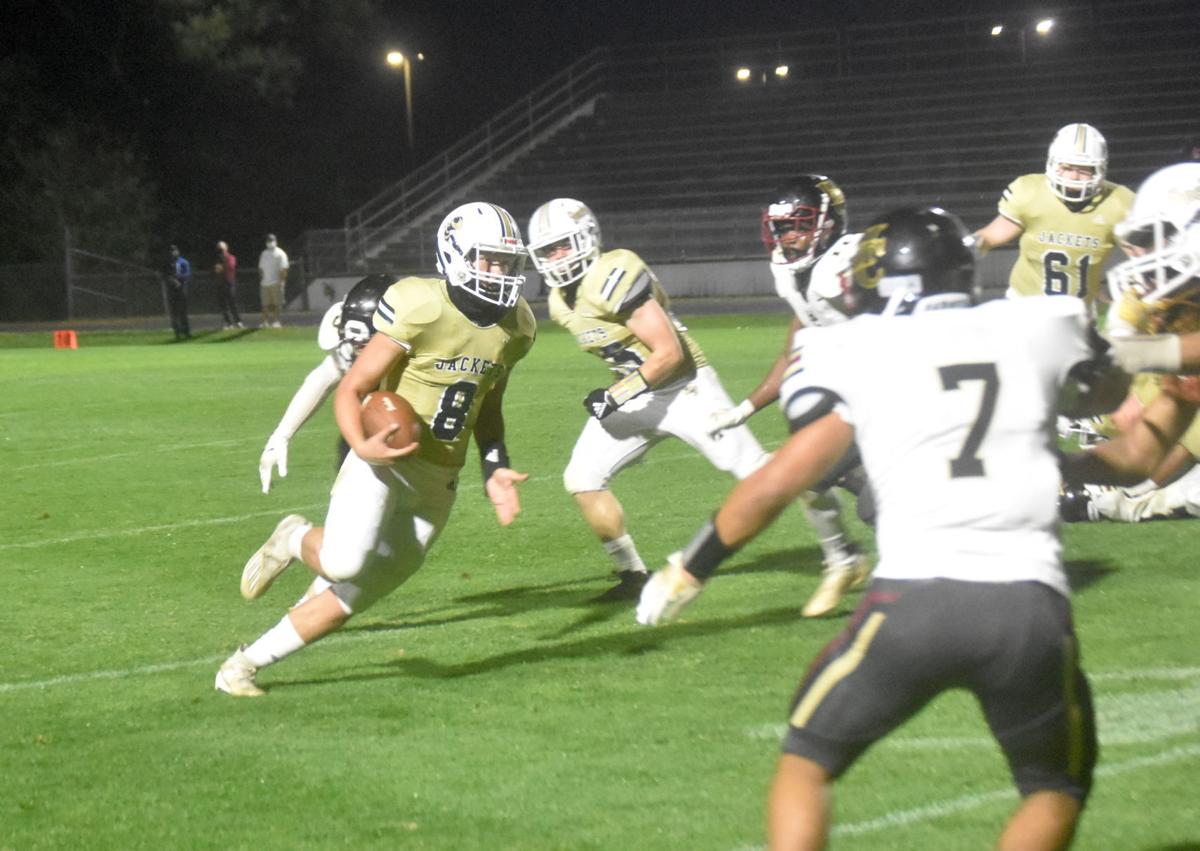 Lee County quarterback Mark Schlesinger runs with the ball during the fourth quarter of a game against Harnett Central Friday night. 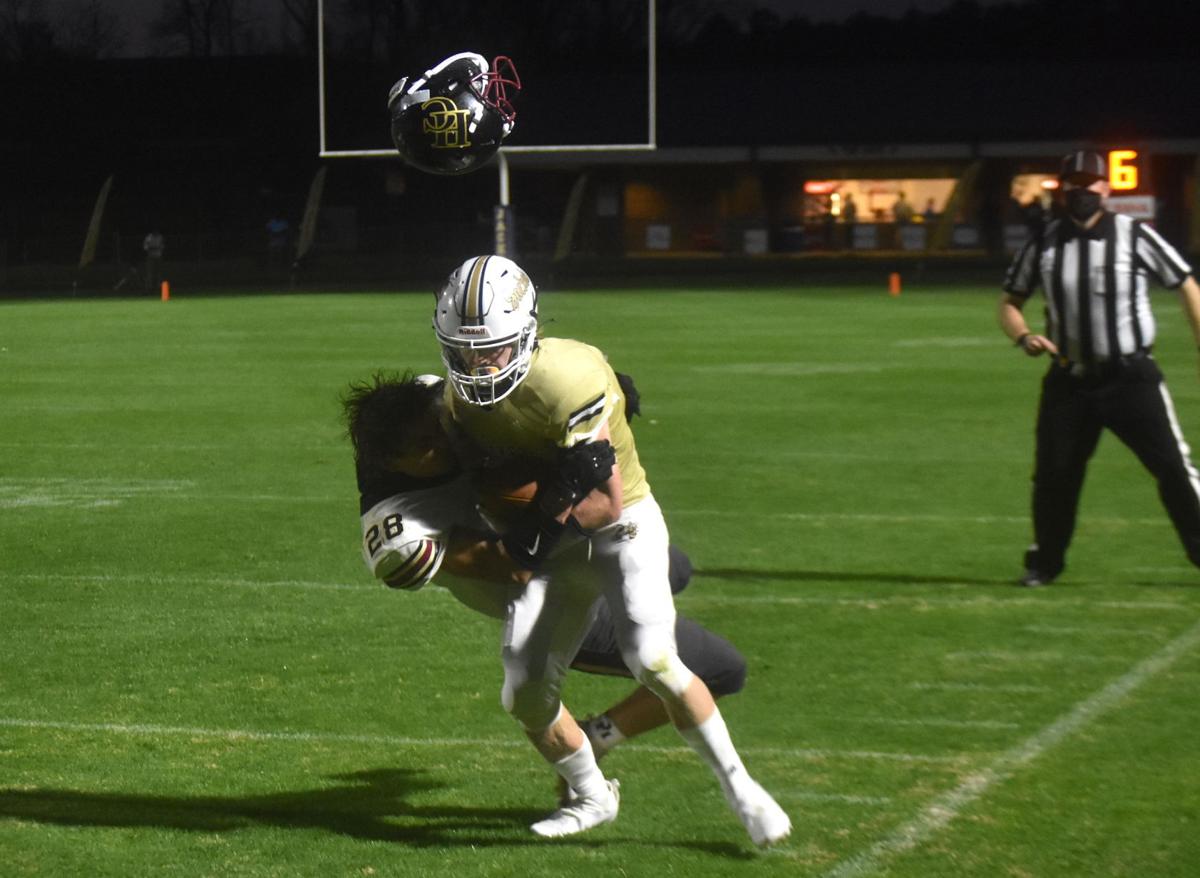 Lee County quarterback Mark Schlesinger runs with the ball during the fourth quarter of a game against Harnett Central Friday night.

SANFORD — If a football team can take doling out a shutout a step further, Lee County made a darned good case for it Friday night.

It was a hard-hitting, dominating performance by the Jacket defense.

Along with keeping the Trojans scoreless, the Jackets forced two turnovers, tallied 10 sacks, allowed seven first downs and allowed one Trojan offensive play from scrimmage on the Lee County half of the field in the game.

With the ball, the Jackets’ Tyric McKendall had his own dominant performance.

The super-quick 220-pound receiver got the ball only five times on offense. He took it to the end zone on three of those five plays.

The Trojan defense opened the contest strong, holding Lee County to an opening drive down the field, but a missed field goal, then a fumble and punt on the next two Jacket possessions.

Early in the second quarter, with the Jacket offense getting to take over near midfield, Will Patterson connected with Kenyon Palmer for a 20-yard gain and bruising running back Dayreon Jennings — truly the Jackets’ middle linebacker in his day job — powered ahead for a 17-yard run.

Patterson pitched a shovel pass to McKendall sweeping full speed around the left side of the line; McKendall’s sprint and dive to touch the pylon was a 12-yard TD run for a 6-0 Lee County lead with 8:32 left in the first half.

On the next Trojan play from scrimmage, the Jackets caused a fumble in the backfield and Dayreon Jennings recovered it.

Valparaiso punter hoping to kick his way to the pros

The Jackets turned the turnover into three with Ignacio Hernandez making a 22-yard field goal.

Lee County forced a three-and-out, getting the ball back with less than two minutes left, and didn’t need much of it.

McKendall got the call on a sweep again and raced for a 60-yard touchdown. T.J. Johnson ran for the two-point conversion. The Jackets led 17-0 at halftime.

The Jackets added to the lead in the third quarter with Patterson hitting T.J. Johnson with a quick pass and Johnson breaking tackles, then sprinting the rest of the way for a 43-yard TD.

On the next Jacket drive, it was a quick drive again. Patterson hit McKendall in stride deep down the middle of the field for a 60-yard TD strike.

In the last three minutes, QB Mark Schlesinger and running back Noah Johns moved the Jackets down the field and Johns scored on a 4-yard TD run.

Derran McKoy and Delmaz Jennings notched three sacks each for just part of the constant Jacket rushing into the Trojan backfield.