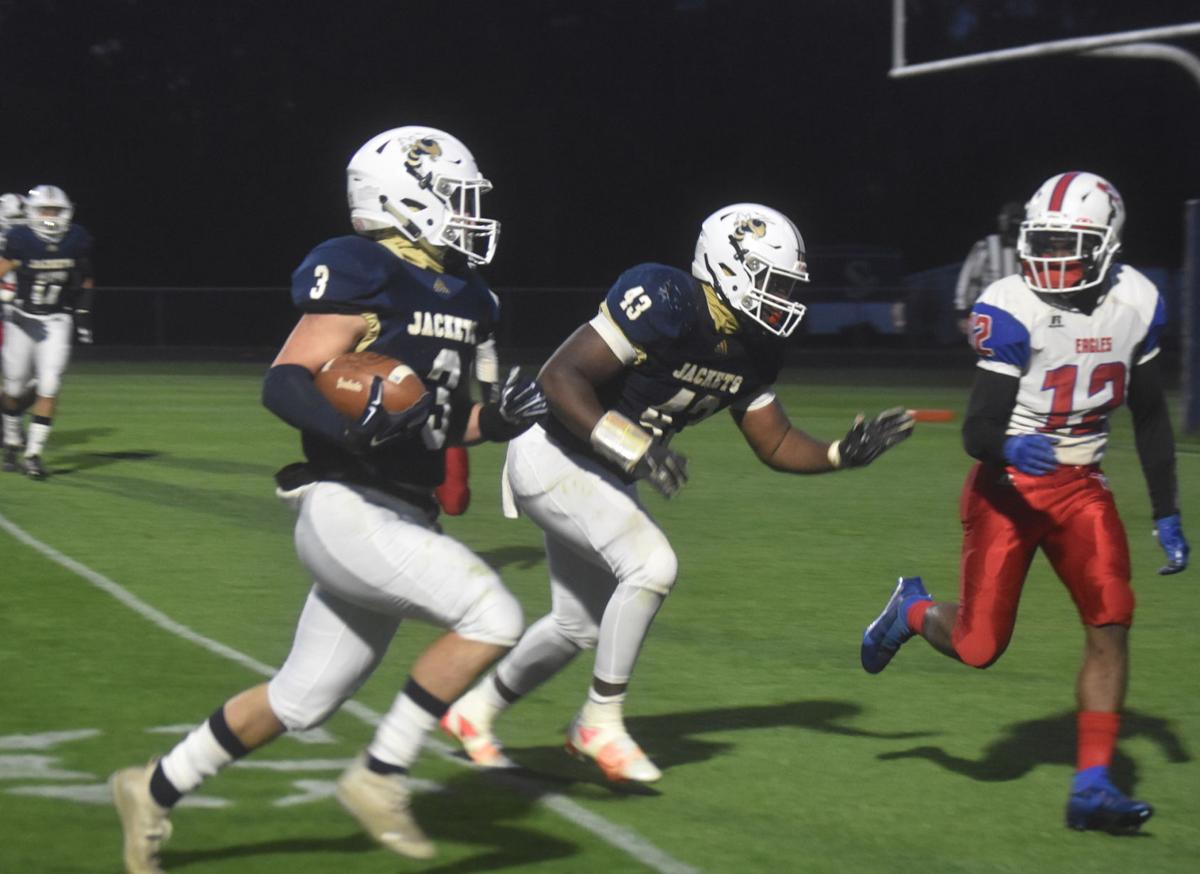 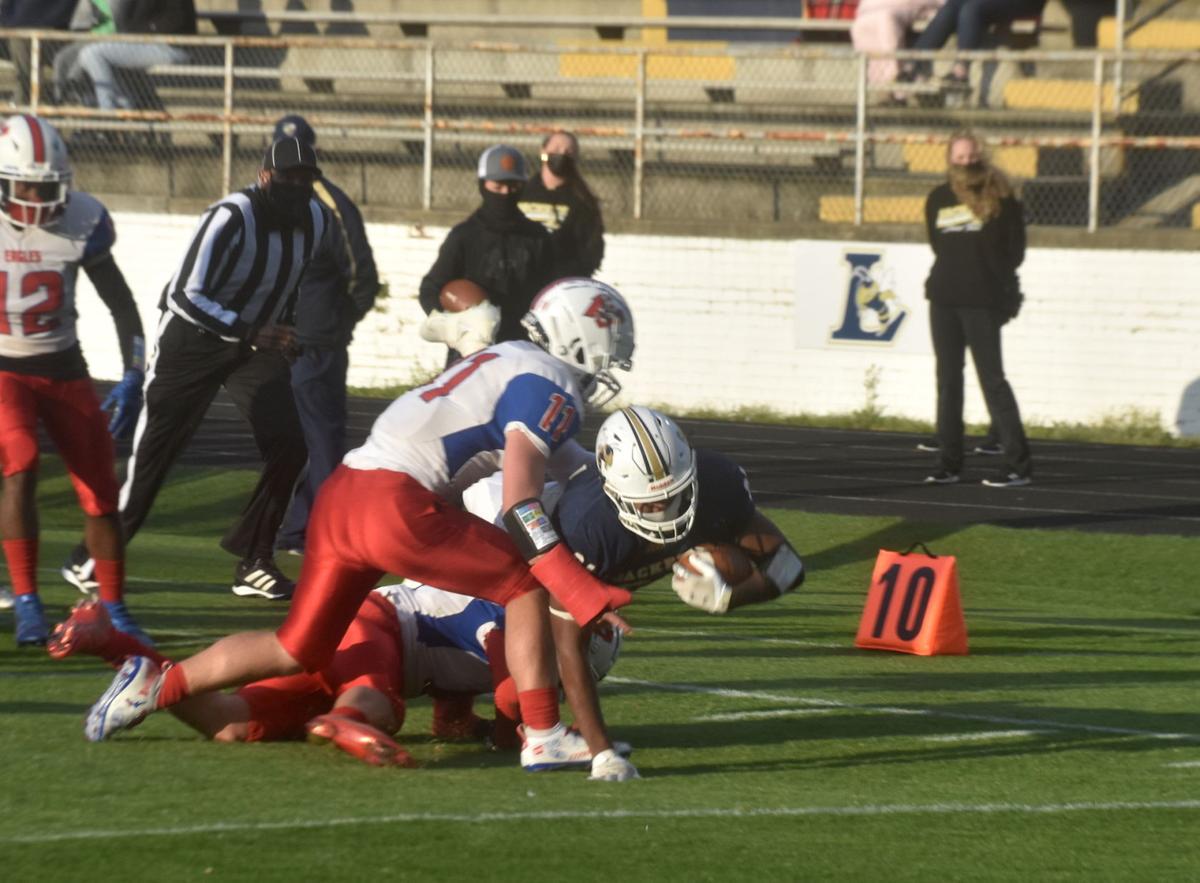 Lee County's T.J. Johnson dives ahead on a run near the goal line as the Yellow Jackets (5-0, 3-0) played Western Harnett Thursday night. The Jackets won 54-6.

Lee County's T.J. Johnson dives ahead on a run near the goal line as the Yellow Jackets (5-0, 3-0) played Western Harnett Thursday night. The Jackets won 54-6.

SANFORD — Lee County romped to a 5-0 mark on the season with a 54-6 victory over Western Harnett Thursday night.

The Yellow Jackets scored the first 30 points of the game, in just over a quarter of play. It could’ve been an even faster start for the Jackets.

The first Lee County drive was suddenly thwarted on a play which looked as though it was a sure Jacket touchdown. Will Patterson hit Tyric McKendall with a short pass and McKendall dashed for the end zone for what would’ve been a long TD, only for Western Harnett’s Misha’el Vines, nearly on the goal line, to strip the football free and return it past midfield.

The unfortunate opening was a momentary issue for the Jackets. On the first Eagle shot with the ball, Lee County’s defense forced a punt, then a 20-yard loss on a fumbled snap on the punt giving the Jackets the ball again inside the Western Harnett 20.

Jacket running back T.J. Johnson made quick work with a 13-yard gain, then a 6-yard burst through the right side of the line for a touchdown. Johnson ran in the two-point play for an 8-0 lead.

The next Eagle possession was forced backwards again, and the Jackets got the ball back with a short field, needing to go 35 yards.

The Jacket QB kept finding open receivers adding up to 328 yards on the night. McKendall added TD catches of 40 yards and 21 yards and a TD run from a yard for four touchdowns out of eight offensive plays he got the ball.

Even when the Eagles had the ball, McKendall was a threat to score.

Nobody has higher expectations for Wyoming's Treyton Welch than himself

A year after transferring from CSU, Husker OL Nouili has the look of 'a real dude'

Early in the second quarter, McKendall picked off a pass and returned it 25 yards, to the Eagle 1-yard line, setting up his TD rush.

Another turnover set up the Jackets a few snaps later. Jayden Marshall recovered a fumble then it was Patterson to McKendall deep down the middle for a 40-yard TD.

On the ensuing kickoff, Anthony Smith took it back 82 yards for a touchdown. The Jackets held a 37-6 lead at halftime.

The Jackets added to the lead, and brought up a running clock, in the third quarter with Eli Garrison scoring on a 6-yard run and McKendall’s fourth TD of the game, a screen pass and McKendall’s speed doing the rest.

The Yellow Jackets forced five turnovers and stopped the Eagles to -16 rushing yards.