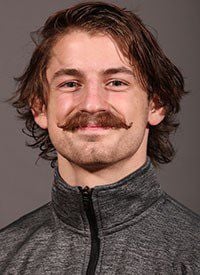 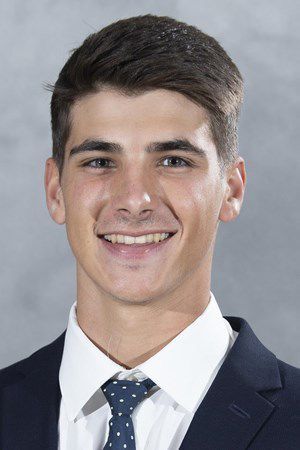 Campbell true freshman Thomas Harrington (Southern Lee) is slated, weather-permitting, to make his debut as a starting pitcher at the college level for the Fighting Camels Sunday afternoon.

Campbell is opening the season with a three-game series against Liberty this weekend. Harrington is the announced starter for game three of the series. Harrington was a standout pitcher and shortstop for four years for Southern Lee; as well as being the Cavalier quarterback.

The Cavalier and Camel baseball seasons were cut short last March. Campbell went 7-9 before the rest of the season was cancelled. The Camels are picked No. 1 in the Big South in the conference’s preseason coaches poll.

The Liberty at Campbell games are available on ESPN+. The Sunday game is scheduled for 1 p.m. Attendance at spring, outdoor Camel sporting events is being limited to a limited number and only for Campbell students and staff members.

Senior Nick Daggett (Chatham Central) won both of his matches at 125 pounds. Daggett pinned Limestone’s Michael Holcombe in 1:34 for a win. Daggett defeated Lander’s Kaden Fisher by an 8-7 score.

Daggett improved to 7-2 on the season and 92-29 in his Brave career. His collegiate career accolades and titles include being an NCAA All-American last season, being an NCAA Championships qualifier three years and a two-time NCAA Super Region champion.

Valparaiso punter hoping to kick his way to the pros

A year after transferring from CSU, Husker OL Nouili has the look of 'a real dude'

For the Cougars, freshman J.T. Conwell (Lee County) had three points and one assist as a sub. Darnell Carver (Western Harnett) had two points, two rebounds and two steals.

The Flyers, the defending national champs in NJCAA Div. III, and the Cougars are playing up a division, in Div. II of the National Junior College Athletic Association, this season due to some schools not playing due to the pandemic.

Central Carolina’s next game is set for Feb. 27 at Catawba Valley.

Sandhills hosts Patrick Henry at 3 p.m. today and will play at Davidson-Davie at 3 p.m. Sunday.

The Flyers have a six-game winning streak while stopping a Cougar win streak at three.